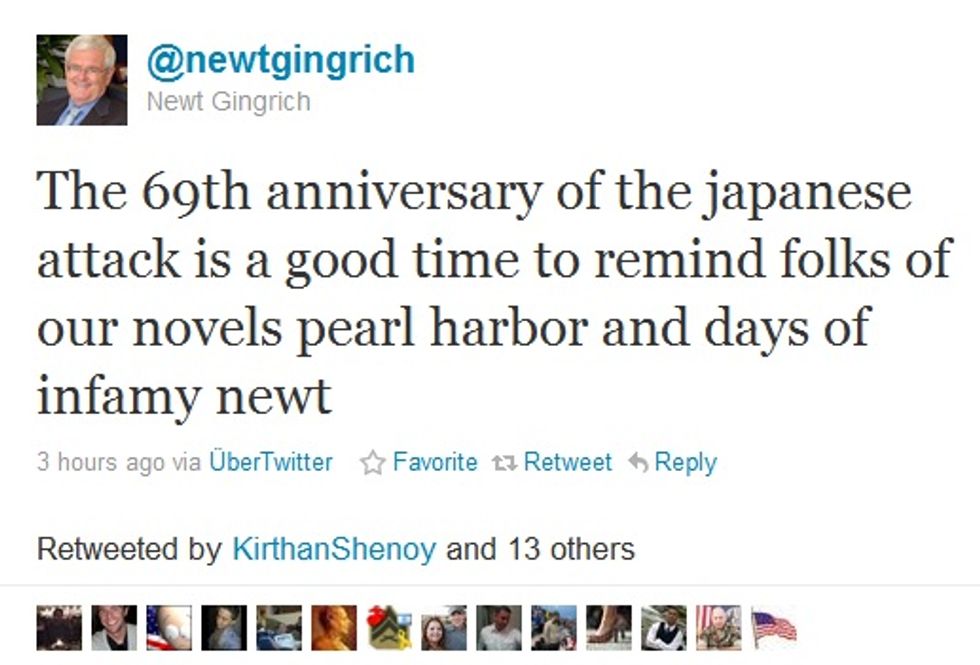 Today is the dirty-sounding anniversary of the day a bunch of American troops got bombed in the waters surrounding Obama's Kenya. Newt Gingrich honored their sacrifice on Twitter by reminding America he wrote some books that are available for purchase so that America can help him finance a new extramarital affair or whatever. Obviously, "Everyone should go out and buy Newt's book" was what Franklin Roosevelt originally said after the attack, but Gingrich has now taken down this tweet, because he hates the troops. TOO SOON.

But don't worry about Newt and his finances. He's got another book to sell and another important December day to exploit for sales, a book that will teach you the secret to fomenting bigotry and xenophobia to stay relevant and sell books.

Oh, it was retweeted by the boss of jackets. Must be good.