Newt Gingrich Fails Even To Get .Com Address For 'ObamaFailures.net' 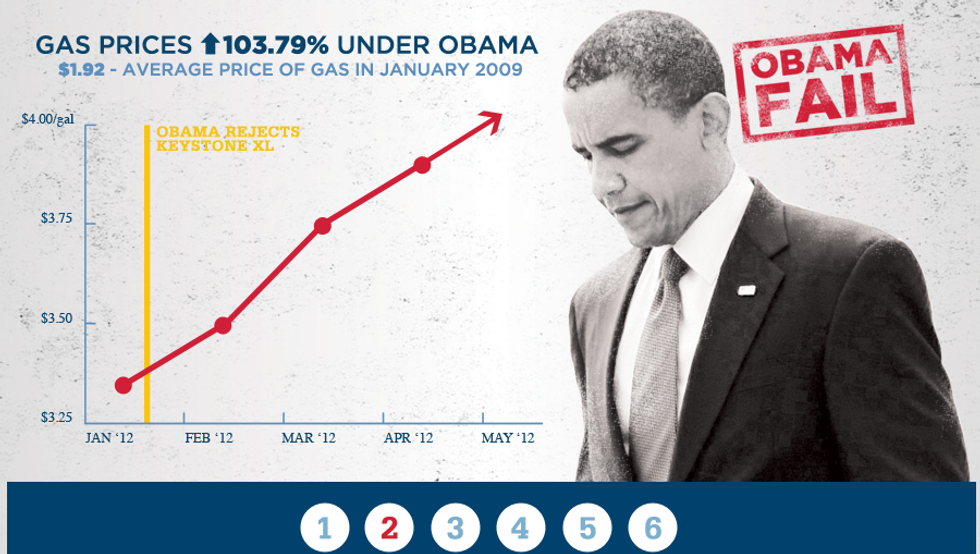 Gypsy grifter Newt Gingrich is not done having Big Ideas, like his latest, putting up a MEAN website about one President Disgraceful, in which Ol' Bamz over there looks down with sadness on his miserable failure of a presidency. Like this nifty chart (pictured!), which shows how once, for about a week, gas, like freedom, cost a buck oh five, mostly because nobody was driving to work at their factory jobs because they had no jobs and no factories. And now that gas is the same as it pretty much has been (excepting that one flukey height-of-the-recession week), Newton is explaining to everybody that blahblahblah nobody cares it is all childish make-believe nonsense. ALGAE! NOM NOM NOM!

Anyhoo, Newton had to get his embarrassing ".net" website because he could not get ObamaFailures.com because it is already registered to this guy, and he must have known about Newt's problems with check-kiting and must have asked Newt for cash up front before he would sign it over. (The obamafailures.com is blank, by the way.) If Newt Gingrich would just legally change his name to "Obama Failures," he would have a pretty good case to bring for cybersquatting. [ObamaFailures.net]