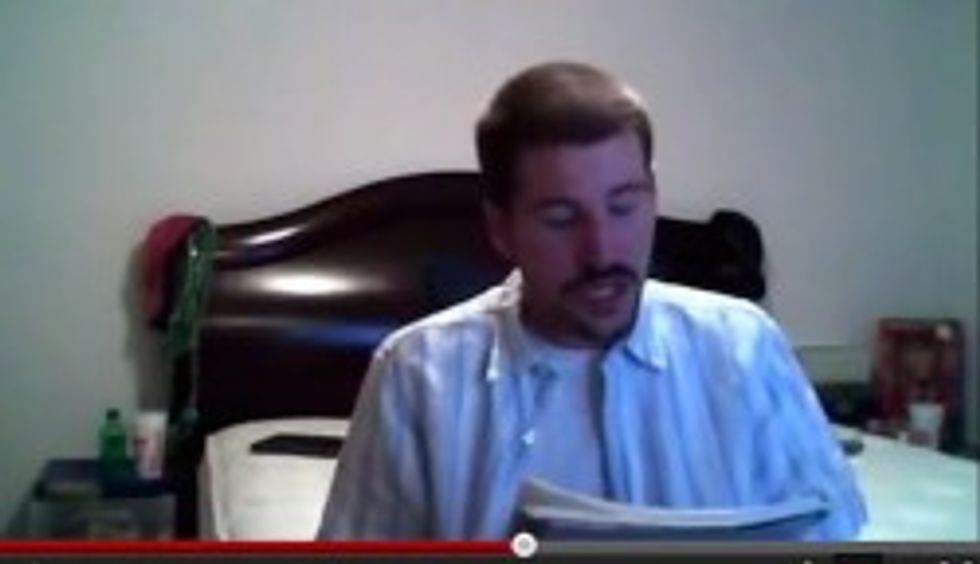 Leading small-animalsnuff film auteur Herman Cain has taken a brief respite from murdering rabbits to bring us this late-breaking newsflash that Newt Gingrich is now too awful to keep company with people who murder rabbits: "I even endorsed Newt Gingrich at one point because I thought that he had a shot. Well, not now. He doesn’t have a shot,” said Cain. What changed his mind? Well for one thing, Herman is now a serious filmmaker, and sweet loving Jesus has anyone seen Newt's latest campaign video? The top photo is a salacious hint. Watch the dramedy unfold, after the jump!

Here it is, folks, video of the critically endangered five last remaining Newt Gingrich supporters as they wage vicious battle on reality and lighting in equal measure:

Congratulations, Newt Gingrich, you have finally innovated a campaign ad so cheap that even the most determined parodist would have no choice but to improve upon its production value. [YouTube]