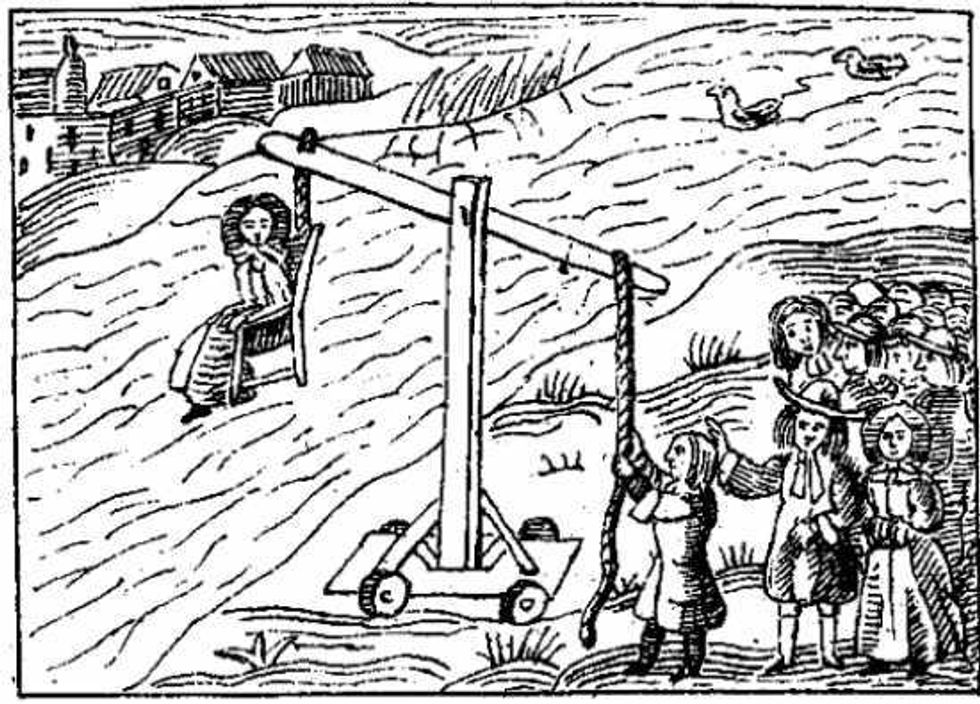 In the wake of the disappearance of an EgyptAir plane yesterday, serial adulterer and author of Rediscovering God In America Newt Gingrich stopped by Fox News to have a chat about how to stop all the terrorism that has not yet been proven to be behind the plane's disappearance. The Obama Administration (AND the Los Angeles Airport) have simply not done enough to prevent this sort of thing, he says, and they need to start doing what needs to be done. Like what, you ask?

"But the idea that – we don't even have the right standards. You know, the first test – and this is very hard to do – the first test ought to be, are we dealing with people who believe in Sharia and who want to impose Islamic supremacism? We don't have any tests for that."

What, exactly, would this test entail? Wave a piece of bacon in front of someone and see if they make a face? Say a novena over them and see if they burst into flames? Perhaps a Rorschach test? A physical challenge? Fill-in-the-blanks? A blood test? A breathalizer? Or perhaps something more traditional, like throwing them into water to see if they float, or simply asking them, "Do you now or have you ever believed in Islamic Supremacism?"

Of course, Gingrich notes that the OBUMMER administration would say that testing people for Sharia Law would be "Islamophobic and therefore inappropriate," because they are jerks who secretly want everyone to be murdered by terrorists. But Newt Gingrich and Donald Trump are willing to do what needs to be done. And if that means they must personally strip every airport employee in the land down down to see if they have a third nipple or "witch's teat" then SO BE IT.

Gingrich also had some words for former defense secretary Robert Gates, who criticized Donald Trump for immediately coming out and stating that the disappearance was terrorism-related, before that had been officially determined. ALL DUE RESPECT TO BOB GATES, Gingrich says that the popularity of Donald Trump proves that people don't want to do things the "establishment" way anymore. Waiting for actual evidence is such an "establishment" thing to do, and that's not how things are gonna be done now, in the era of Donald Trump. What? Do you expect TRUMP FANS to sit around all day waiting for "experts" to weigh in on things before yelling about Radical Islamic Terrorism? Heck no. What fun is that?