Newt Gingrich Will Reassess His Plan To Declare Himself American Emperor 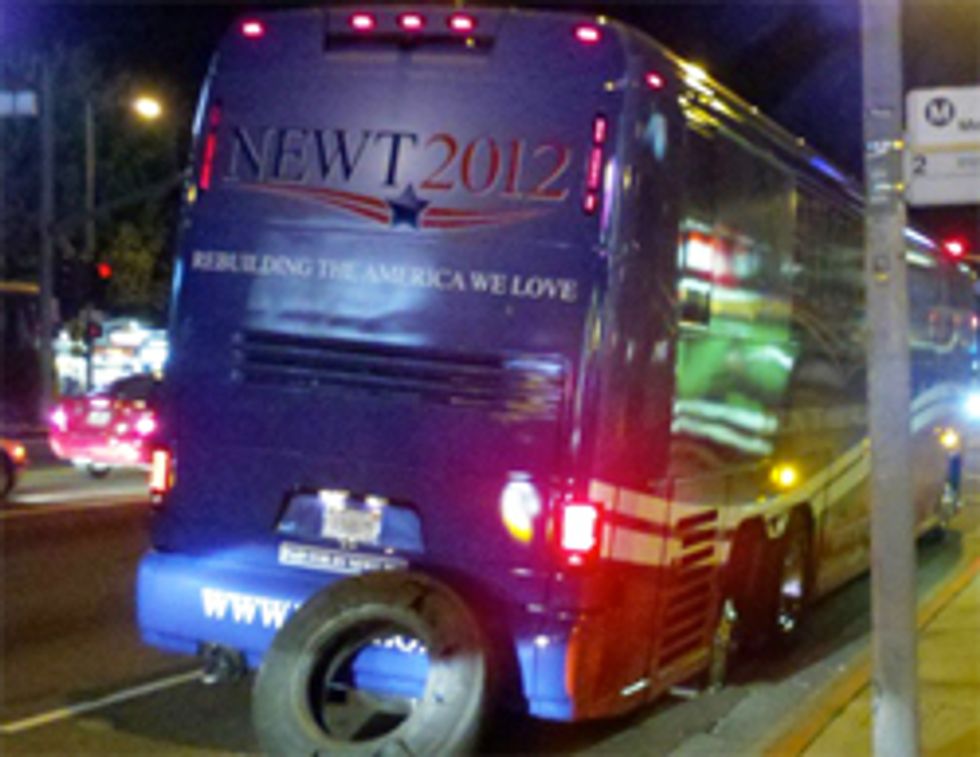 Newt, Newt, our hero Newt,what are you talking about? Weren't we supposed to ride this train all the way to Tampa and fuck shit up at the convention? Now you're saying you're going to reassess the campaign after tonight. Weak, Newt. The Newt of '78-'94 wouldn't have caved like this. That Newt would've castrated Mitt Romney with a T-Rex skull, on pay-per-view. And then he would've gotten thrown out of the speakership, but still... would've been awesome.

Newt, according to NBC News, will "reassess his candidacy depending on his finish in Delaware" tonight. Yeah, as ol' Lee Atwater maybe used to say, never drop out of a late-game national primary season until you've seen where Delaware lands, because it's sort of a kingmaker -- assuming more than zero people turn out. But sure, hinge it on a close Delaware primary that Romney doesn't care about at all if that helps you save face. Knowing Newt, though, "depending on his finish in Delaware" probably means he'll drop out if he wins and keep going if he loses.