Newt's Ad To Latinos: Be Thankful America Gave You So Much Stuff 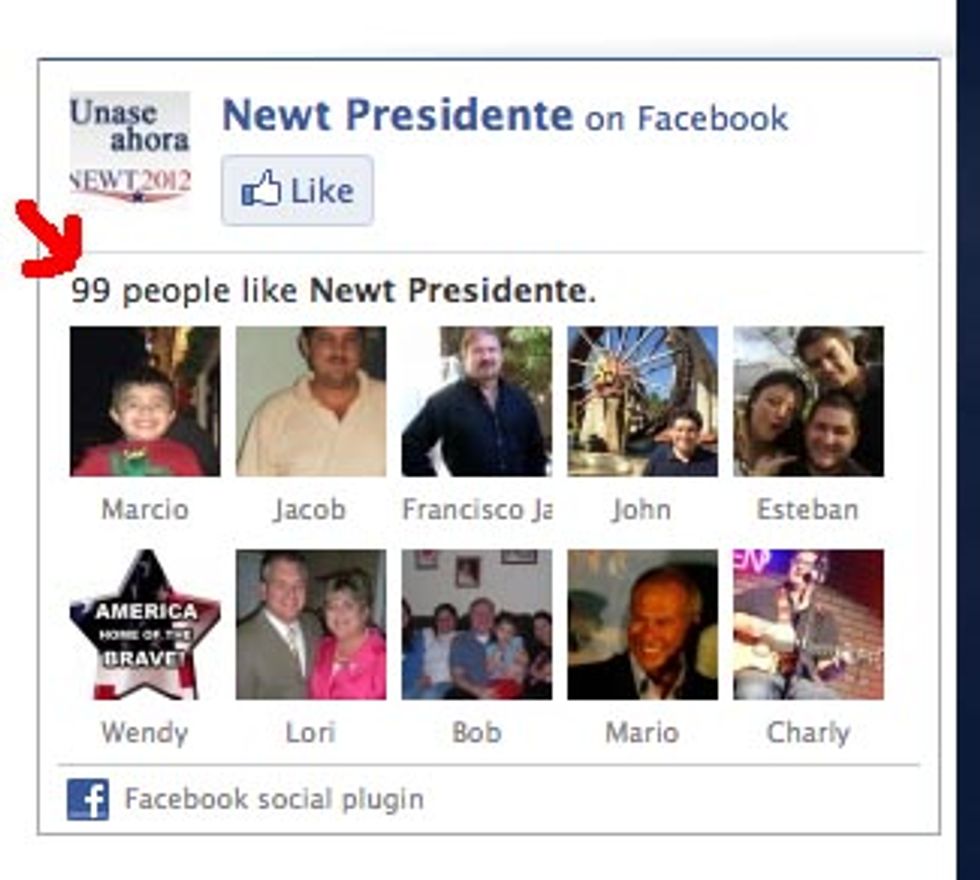 Since Newt Gingrich is a bitter, complaining gasbag who nonetheless half-asses his plans for world domination in the course of putting most of his energy into reminding everyone of his hurt feelings, it makes sense that his new ad trying to appeal to Latino voters is just a cheap video shot in a single location with four people barking nonsense rebukes like "We owe Barack Obama nothing!" in Hispanic accents. No one actually says the word "latino," since that is one of those filthy Spanish ghetto words. Then they all recite in unison at the end that Newt Gingrich is the leader "that we need to rebuild the America that has given us so much." Hear that, Hispanics? BE GRATEFUL. (TO NEWT.) So how well is the strategy working? Let's have a helpful "infographic," after the jump!

Here's how popular Newt's Spanish-language Facebook page is, according to his site NewtPresidente.com:

"Newt Presidente" does sound like a fun Spanish-language children's cartoon, however. [YouTube/NewtPresidente.com]