Next Secretary Of State: Kerry Or Richardson? 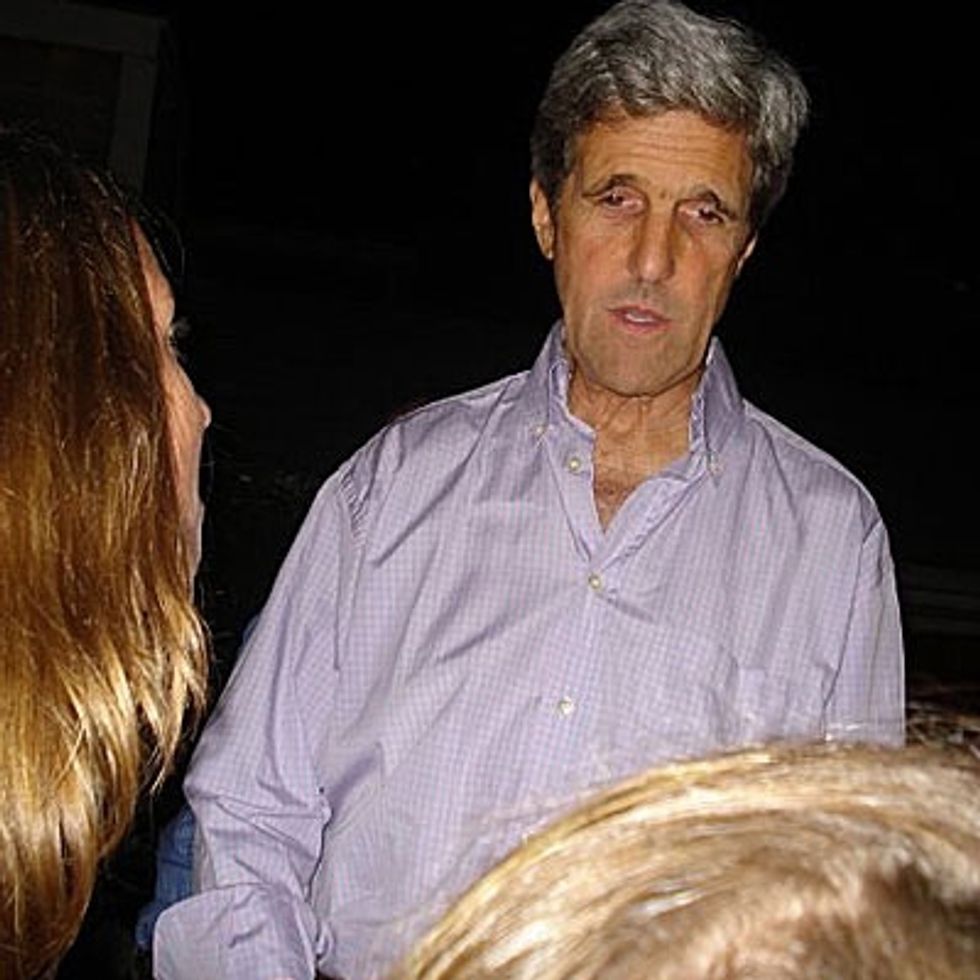 UGGGH JOHN KERRY. The sad horsey lost his 2004 run at the presidency by issuing a stream of terrible proclamations throughout the campaign, which George Bush's oppo team immediately made into commercials: stuff like, "I voted for the $87 billion before I voted against it." He was also dull and utterly uncharismatic and bad at campaigning. After he lost the election, he insisted on spamming every single one of his supporters, constantly, with retarded emails that made them loathe him even more.

He continued this awful behavior for two years, until during the 2006 midterm elections he made a crack about how if you are too dumb to stay in college you have to join the military and get murdered in Iraq. That was a very infelicitous remark, but Americans should be eternally grateful he made it, because it was the only thing standing between him and a second failed run at the presidency in 2008:

Kerry's personal rehabilitation and his presidential ambitions ran off the rails just a few days before the midterm elections, when, during a campaign rally in California, he botched a joke that was meant to skewer Bush for being a poor student but instead denigrated the intelligence of American soldiers in Iraq; suddenly, some of the midterm candidates he'd raised money and stumped for were canceling their appearances with him, and prominent Democrats, including Hillary Clinton, were denouncing him. "After that," says Shrum, "he couldn't run." Two months later, in a tearful speech to a mostly empty Senate chamber, Kerry announced, "I've concluded that this isn't the time for me to mount a presidential campaign."

Now John Kerry is determined to fuck America AGAIN by traveling the globe and alternately boring and horrifying foreign leaders as Barack Obama's Secretary of State. He is lobbying hard for this job! We know this for a True Fact because he keeps denying it.

Bill Richardson is obviously the better choice here. He is fat and jolly and ribald and fun to hang out with. Plus he does not make unfunny jokes about John McCain's diapers all the time.

Kerry refuses to rule out taking post under Obama [AP]