Nice Christian Makes Video Game To 'Kill The Faggot,' Like Jesus Would 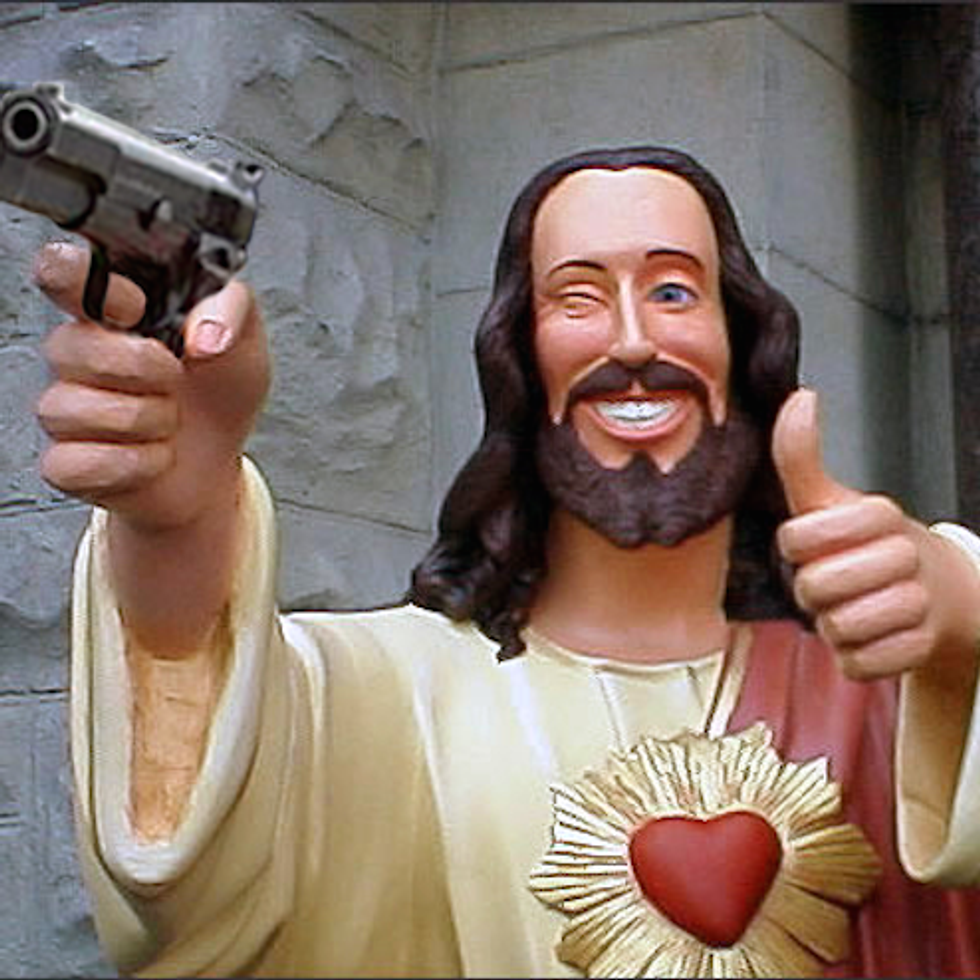 Do you love video games but hate transhomo gaysexuals? Then this nice Christian fella, Randall Herman, has just the game for you! It is called "Kill The Faggot," and guess what the point of the game is:

The game makes very clear that its goal is to shoot and kill gay people (with liberal use of the pejorative F-word in the game's title, at that). Players get points for killing gay people—more points if the person killed is transgender—and they lose points for any straight people they kill. It's hard to make a judgment call about the "most" offensive thing in this game, but we were particularly disturbed to hear the game's announcer celebrate a kill by saying, "AIDS carrier eliminated."

Awww, that's nice, isn't it? And Jesus-y, too. Mr. Herman is very all about the Jesus. When he's not developing video games about shooting buttsexers (why no lesbians, huh, Mr. Herman? SEXISM!), he's pimping his other business venture, Devotor Footwear, which is a "Christian skate shoe company." He hasn't been all that successful raising the money on Kickstarter for his project "to promote the words and teachings of Jesus Christ through quality footwear," though; apparently, God is meh about shoes that spread his Son's message of love and/or killing faggots, whatever.

Herman posted his game through something called Steam Greenlight, which, for a $100 fee, allows game developers to share their funtimes with the world -- until the First Amendment haters at Steam took the game down because of how it is disgusting and horrible and terrible and did we mention disgusting? After the game was removed, Herman posted a perfectly reasonable explanation for why he created it:

"These people that think if you are even remotely homophobic, you are 'hateful' and a 'bigot,' and do everything they can to destroy you in every vicious way possible," Herman wrote. "So I decided to go down a path that most developers are afraid to go down: to piss these people off by making the most overly offensive game possible to these idiots to prove a point."

Just like Jesus! He was all about pissing people off, with his "rich people are THE WORST" and "don't be a hater" and "EXTRA POINTS FOR KILLING THE TRANSGENDER, WOOT!"

Game critic Jim Sterling tried to play the game, and he lasted almost two whole minutes before he was so utterly grossed the eff out, he couldn't take it anymore. You can watch the video of his brief excursion into killing queers, for points and for Jesus, if you dare:

Sure, we could dismiss Randall Herman as just some sad pathetic random loser on the interweb, whose hatred of gays and transgender people does not represent mainstream homophobia. You know, those kinder, gentler bigots who love the sinner, but hate the sin so goddamned much, they need laws to protect their right to discriminate against those beloved sinners. But Herman's insistence that his being "remotely homophobic" is no reason to accuse him of being a hateful bigot kind of sounds EXACTLY like the same horse poo we hear from anti-gay bakers. And florists. And governors. And presidential candidates. So maybe Mr. Herman's bigotry isn't all that different from his fellow "Christians" and their bigotry. It's just a tad more graphic and comes with bonus points.