Nice Cops Escort Protesters Onto Brooklyn Bridge, Then Arrest Them All 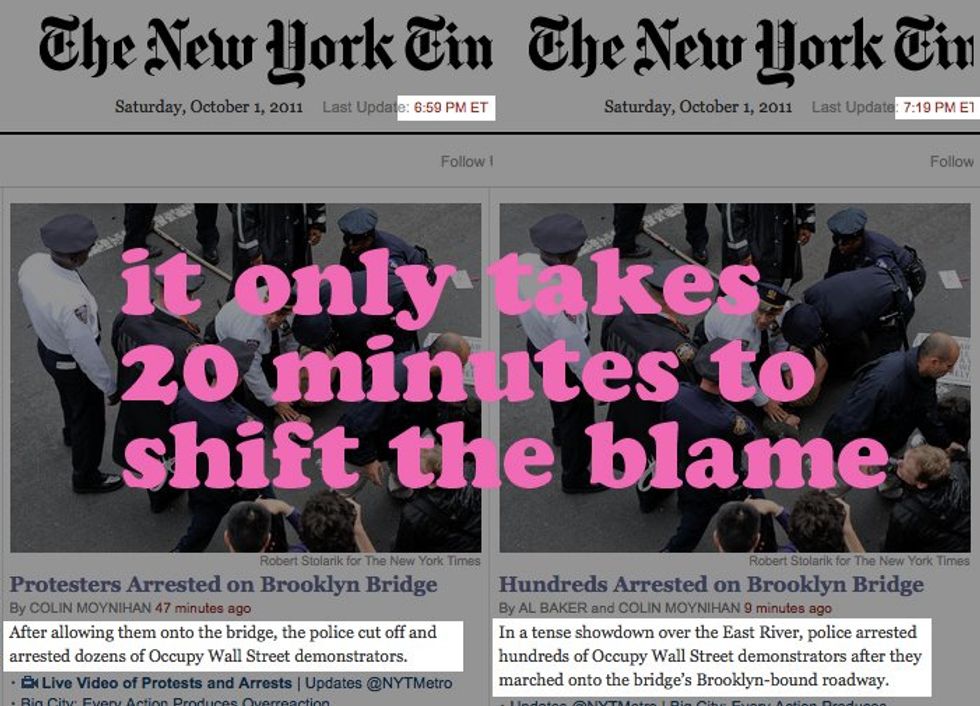 More than 700 evil hippies (including two 14-year-old girls and a New York Times reporter!) were arrested Saturday afternoon, after the New York Police Department escorted protesters onto the Brooklyn Bridge and then wrapped everyone in orange Freedom Netting. The cops claim they warned people not to march on the roadway, but the above YouTube movie shows them happily leading protesters across the bridge, just like in the classic WWII romantic comedy The Bridge on the River Kwai (before the bridge blows up and everyone gets murdered in the jungle). Your Occupy Wall Street correspondent was not physically present during this madness, but we'll be hauled off to prison soon enough.