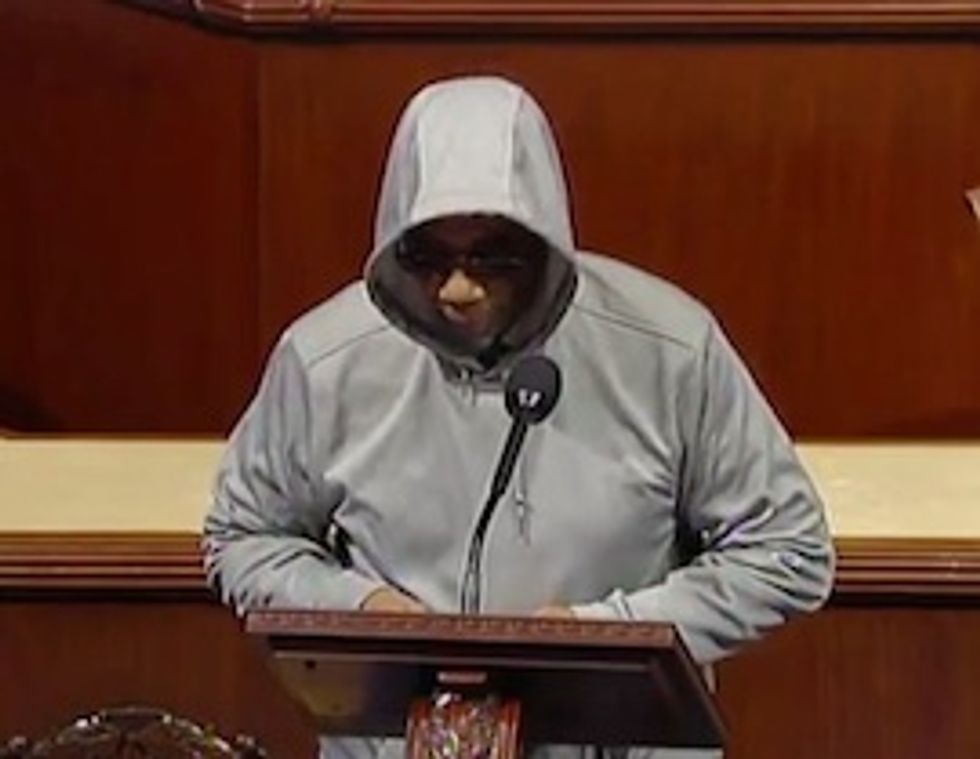 Oh look, this African American Congressman from Illinois, Bobby Rush, would like to make a speech for the House commending the young people for speaking out against racial profiling in the wake of Trayvon Martin's shooting while donning a hood himself, to show solidarity: "I applaud the young people, all across the land who are making a statement about hoodies, about the real hoodlums in this nation, specifically those who tread on our law wearing official or quasi-official cloaks." Very good. Now, is there a white Mississippi Republican around to order him thrown out of the chamber? There is? Great!

Rep. Gregg Harper (R-MS) had Rush escorted from the chamber, because "no hats allowed in Congress." Of course, a hoodie is not so much as a "hat" as a "head covering," and know what else is a head covering? A toupee! Are those banned from Congress? Not that anyone needed to, since of course no one in Congress wears a toupee. What if it were a yarmulke? Can you wear a yarmulke in Congress? Probably, right, because First Amendment? (Not just for K-Lo anymore!) Anyway, good job, Gregg Harper, worrying about the decorum of the House (hoodies) as the Republic burns.