Nice Nonviolent Faith You Have Here, Shame If Anything Happened To It 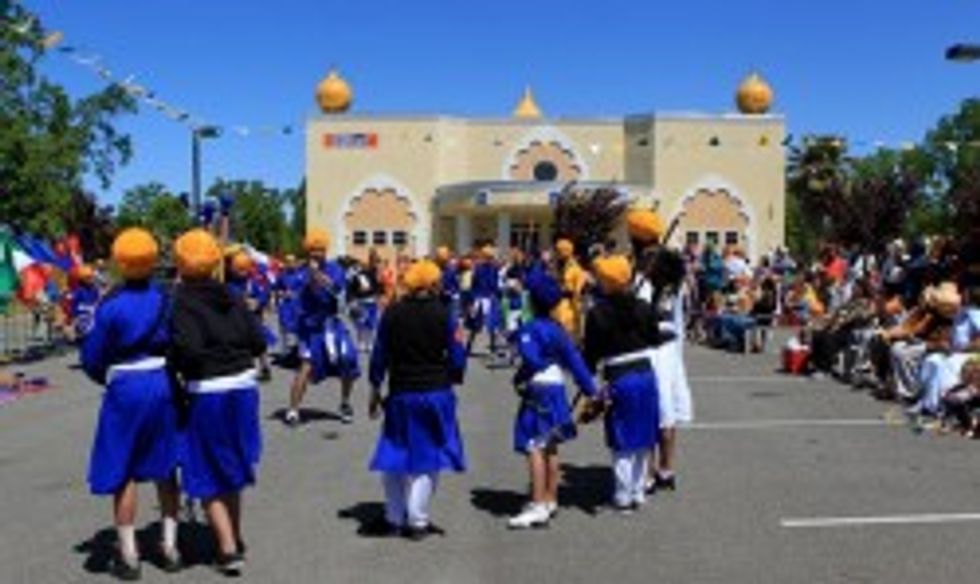 Inevitably, someone was going to use yesterday's mass shooting in a Wisconsin Sikh gurdwara to argue something insanely stupid. Glenn "Instapundit" Reynolds has thankfullystepped in and made it so that we no longer have to wait.

The 6 Sikh temple shooting victims identified; Satwant Singh Kaleka died trying to fight off shooter. Heroic. But it’s too bad he didn’t have a gun.

It really was too bad that a member of a faith fundamentally devoted to non-violence didn't bring a gun into a place of worship in case he had to kill someone, like a white supremacist or a rival emcee. Really, this is just a matter of poor planning on the part of the Sikh religion. If they'd been Christian, they would have been checking their gun sights and blowing the Chick-fil-A crumbs out of the chamber. And when's the last time you heard about a Christian church getting attacked by a domestic terrorist?

I mean a white Christian church, come on.

P.S.: Wisconsin just passed a concealed carry law last year. Presumably, this mass shooting only slipped through the cracks because Sikhs want terrible things to happen to them.