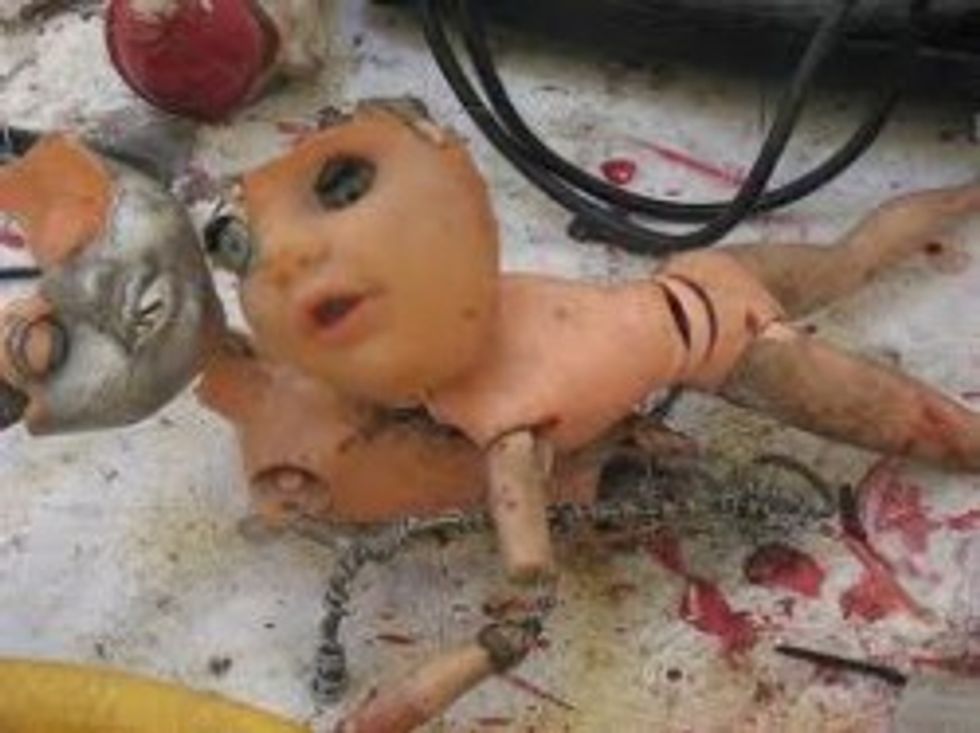 Good morning, ladiez! Have you been in for your wellness checkup at your favorite Planned Parenthood center lately? Don't forget, you are supposed to get your pap and your breasties checked once or twice a year or something, and also probably let a nice nurse practioner take a look at your plumbing. You have? GOOD! Oh, but did you know that when you did that, you were supportingMurder for Hire? Sadly, it is true. Why, here is North Carolina state Rep. Larry Pittman, explaining it for your little brain:

”[Planned Parenthood] is a murderous organization…getting wealthy on murder for hire. It deals out nothing but deception, death, personal devastation, and moral degradation. Never will I agree to give that bloody, indecent, immoral organization one penny. I will not be satisfied until it is outlawed.”

My, that is terrible! But did you know there is a way we can stop this murder-for-hire organization from killing people, for hire? Let us go to the tape:

Here is what Rep. Pittman had to say about how we stop this terrible scourge of women doing something that's totally legal:

We need to make the death penalty a real deterrent again by actually carrying it out. Every appeal that can be made should have to be made at one time, not in a serial manner. If murderers (and I would include abortionists, rapists, and kidnappers, as well) are actually executed, it will at least have the deterrent effect upon them. For my money, we should go back to public hangings, which would be more of a deterrent to others, as well.”

Yup, Rep. Pittman's money is on going back to public hangings, for abortionists. But since money is fungible, as they are always explaining when they say that tax dollars are going to abortion, does that mean that abortion is fungible too? That nice nurse practitioner who checks your lumps for lumps, will she be publicly hanged just for working there, even if she's never so much as seen a bloody coat hanger? Probably! But she should know better, and get a job where she isn't dealing in legal procedures for women's health, and then she wouldn't have to worry about being executed by Larry Pittman or the dude who shot George Tiller! Really, your friendly Planned Parenthood nurse practitioner is bringing it on herself. WHY YOU EXECUTING YOURSELF, NURSE PRACTITIONER? WHY YOU EXECUTING YOURSELF?