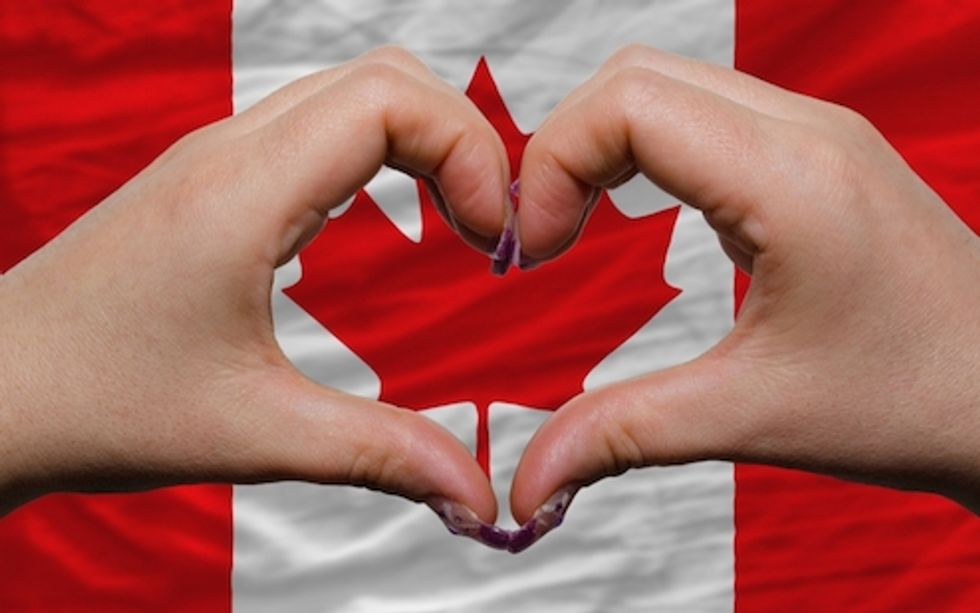 Are you one of those people that keeps contemplating moving to Canada every time something awful in America happens, like George W. Bush being president, the Hobby Lobby decision, or the inexplicable continued popularity of The Bachelor? Us too! Lately, we've been living in a near constant state of rage and despair over the fact that creepy Christian business owners everywhere are going to make sure we can't have birth control because their skygod doesn't like it, which makes us both proud and envious of this Canadian teenager who got her school district to remove their Jesus-fueled abstinence-only sex education curriculum. So jealous of our neighbors to the north right now.

After a Canadian high school student filed a human rights complaint against her school district, saying that her rights as a nonbeliever were violated by being required to attend a course on sexual purity taught by a conservative Christian group, school officials agreed to reconsider the curriculum. The anti-abortion group that taught that abstinence education course, Pregnancy Care Centre, won’t be invited back next year.

Can you imagine if that happened here? That poor kid would have probably been sent one million death threats by "pro-life" activists already and then her school would have expelled her for creating a ruckus. Then Bradlee Dean and Bryan Fischer would have collaborated on an article in which they explained that abstinence-only education isn't just what Jesus wants, it's what the Constitution wants, even though this particular abstinence course was hella Jesus-y.

The complaint alleges that the Pregnancy Care Centre’s course used scare tactics, like misleading information about STDs and negative stereotypes about single parent homes, to dissuade students from having sex. The Dawsons identify as agnostics and were offended that they had no option to opt out of a course taught by a conservative religious organization with an explicit agenda.

Oh, well that must have been some sort of Canadian abstinence organization because any good American organization knows not to lie about this stuff when oh christ we can't even finish that sentence without lolsobbing.

The Pregnancy Care Centre is affiliated with a network of right-wing “crisis pregnancy centers” in the United States called Care-Net. Both groups are opposed to abortion and advocate for sexual abstinence until marriage.

Color us not the tiniest bit surprised.

Because this teenage girl is a goddamn actual hero, she's continuing the lawsuit even though her school district agreed to stop using the nonsense abstinence curriculum, pointing out that other districts in her province or state or village or whatever they call political divisions in Canada might still be using it. We're packing our bags right now.