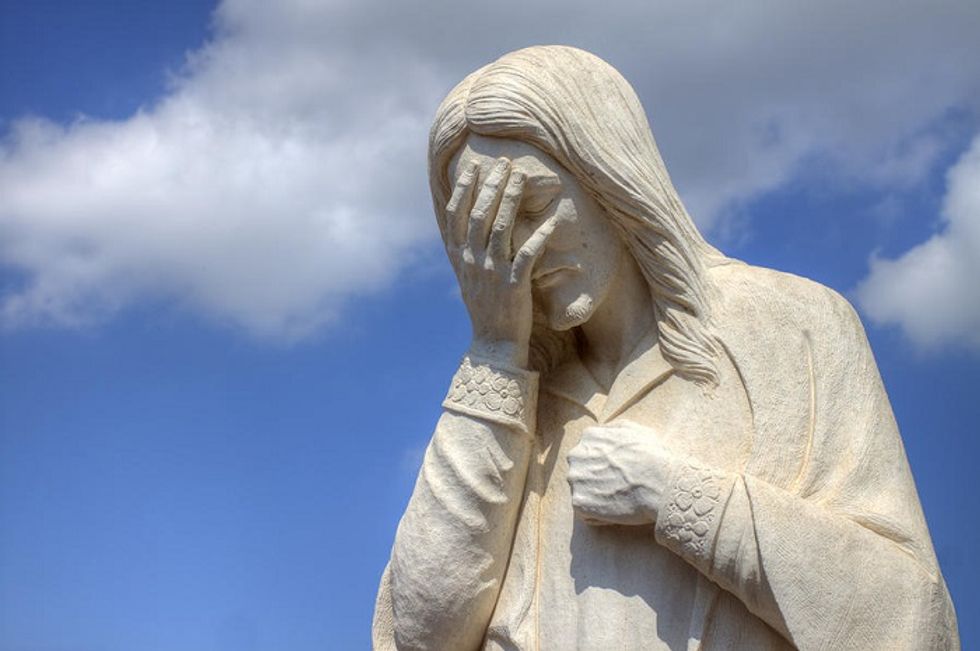 Remember yesterday when Ann Coulter was terrible? Ha ha, of course you have forgotten because she is terrible every day so the specific occasions all blend together. But we’re talking about yesterday’s insanely insulting column when she took a metaphorical axe to Dr. Kent Brantly, the American physician who was evacuated from Liberia to Atlanta after he contracted Ebola while working to help stem the current outbreak of the disease in Western Africa. Coulter accused Brantly of “Christian narcissism” for moving to Africa to practice medicine when there are so many people in America in need of medical care (and also Jews in need of getting all that icky Jewish off their shriveled souls). And since conservatives like Ann think all those moochers should get all their help from charity instead of a government program that could address the underserved in a far more comprehensive and less discriminating way, Brantly should have stayed here and worked as a physician to the poor people Ann sees out her window as her Uber driver whisks her from her Upper East Side crypt -- or her Palm Beach grotto, or her Los Angeles aerie -- to the Fox News studios.

Today Brantly, writing from his isolation room at Emory University Hospital, released a very nice letter [warning: annoying auto-play at that link] updating his condition and thanking all those who have expressed support for him and his fellow Ebola-American, aid worker Nancy Writebol, who was also evacuated from Liberia. We doubt Brantly is subtweeting Coulter with this letter, but we like to imagine so nonetheless:

My wife Amber and I, along with our two children, did not move to Liberia for the specific purpose of fighting Ebola. We went to Liberia because we believe God called us to serve Him at ELWA Hospital […]

One thing I have learned is that following God often leads us to unexpected places. When Ebola spread into Liberia, my usual hospital work turned more and more toward treating the increasing number of Ebola patients. I held the hands of countless individuals as this terrible disease took their lives away from them […]

Now it is two weeks later, and I am in a totally different setting. My focus, however, remains the same - to follow God.

It’s almost as if, for true believers, God calls you to serve where he calls you to serve, without regard for nation or class, and if God prefers you go to Liberia to treat poor Africans than to (Jewish) Cedars-Sinai to proselytize to (often Jewish) Hollywood executives, then you go, because God does not believe in this “There is a war on Christianity in America” bullshit that Coulter and the rest of the brain-damaged macaques who make up the American right wing use to earn clicks for Townhall and RedState.

Speaking of RedState, Stay Puft Marshmallow Man stand-in Erick Erickson tried to defend Coulter and pump up her brand of narcissistic "all about Amurca" Christianity yesterday with this bullshit:

Not every Christian survives. Many are martyred. We, as Christians, should understand each person is called by the Lord in different ways. Ann and I are called to our keyboards to write and speak boldly. Dr. Brantly was called to Africa.

Ho ho, we knew Erickson was too dumb to think of calling David Souter a “goat-fucking child molester” or threatening to shoot Census workers with his wife’s shotgun on his own. It must have been God who did that. Truly He works in mysterious ways through his tools instruments nah, fuck it, tools on Earth.

Anyway, despite being an agnostic Jew who disagrees on the religious angle of their aid work, yr Wonkette wishes a speedy recovery to Dr. Brantly and Nurse Writebol, two class acts who truly made an incredible sacrifice to serve the people of Liberia. Now if you will excuse us, God has called us to go write some more dick jokes.