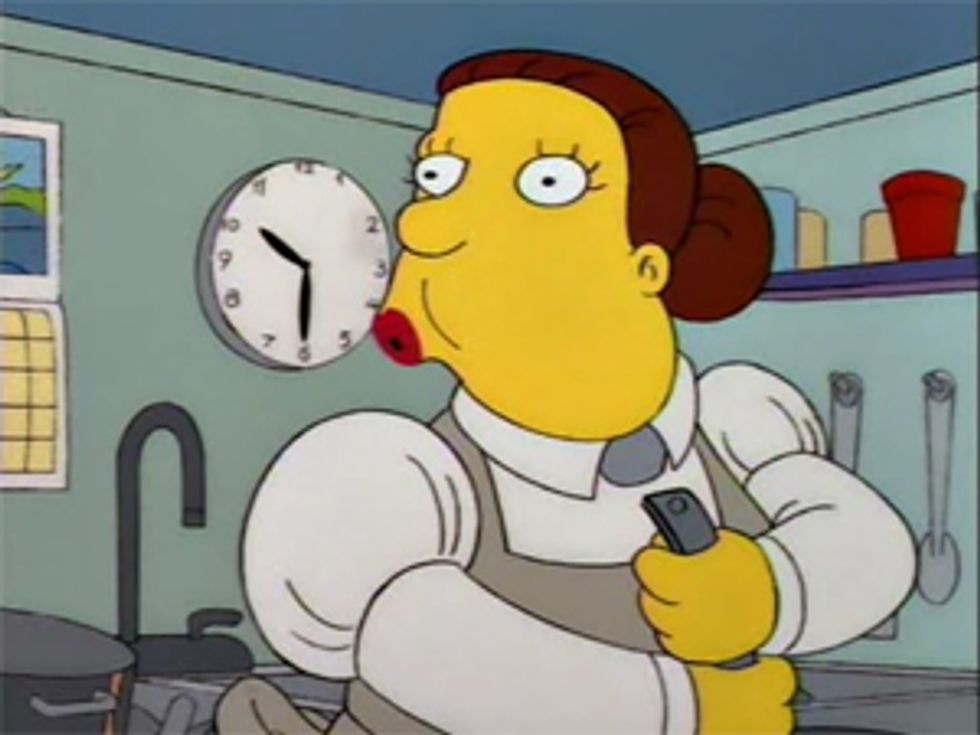 Here's a Nice Time change from our usual school lunch story -- instead of a tale ofheartless dickery leading to poor kids' food being thrown away, this time around we have a tale where the good guys win and hungry kids get fed! Could this become a trend? Yes, we do need to pause for just a minute to note that it should not even be news that hungry kids will now be fed. In any case, paper hats and hairnets off to the Maine Legislature for voting to override Gov. Paul LePage's veto of a bill expanding a summer school lunch program. See, state legislatures? That's what you do when your governor is a jerk who says that children should not eat food. Why can't more of you be like the good boys and girls in Maine?

The bill that LePage vetoed was not exactly Red Socialist Tyranny anyway. It would require

schools that hold summer activities, and where more than half the students qualify for free or reduced lunch, to offer the U.S. Department of Agriculture’s Summer Food Services Program, which reimburses school districts for the entire cost of the food.

Wow, pretty oppressive, and of course exactly the kind of small involvement in people's lives that Rush Limbaugh claims is nothing less than a Pavlovian mind-control scheme aimed at getting children hooked on Big Government:

“The end result is going to be here, that the students associate eating with the government, not with mom and dad.”

But that's not the reason LePage gave for vetoing the bill, however much he may agree with the anti-taker sentiment. He claimed that the requirement would be burdensome because it would mandate spending by local districts without providing any funding -- never mind that reimbursement from the Feds, and never mind the bill's opt-out provision for districts that can't afford the program. It was an unfunded mandate, so tough luck, kids.

The bill's sponsor, Senate President Justin Alfond, issued a statement calling the override votes "a victory for Maine students" and praising the legislature for "[standing] together in helping potentially thousands of hungry students all across Maine during the summer time.”

So now, kiddos who participate in summer programs will have a chance to get food that may not be available at home, and they won't even have to become janitors, which we think is a pretty good outcome. Way to show some grit, Maine Lege! As for Paul LePage, here's hoping he gets the chance to return to the private sector this fall.