Nice Time! New York Gov To Save Manicurists From Your Spa, We Mean 'Sweatshop' 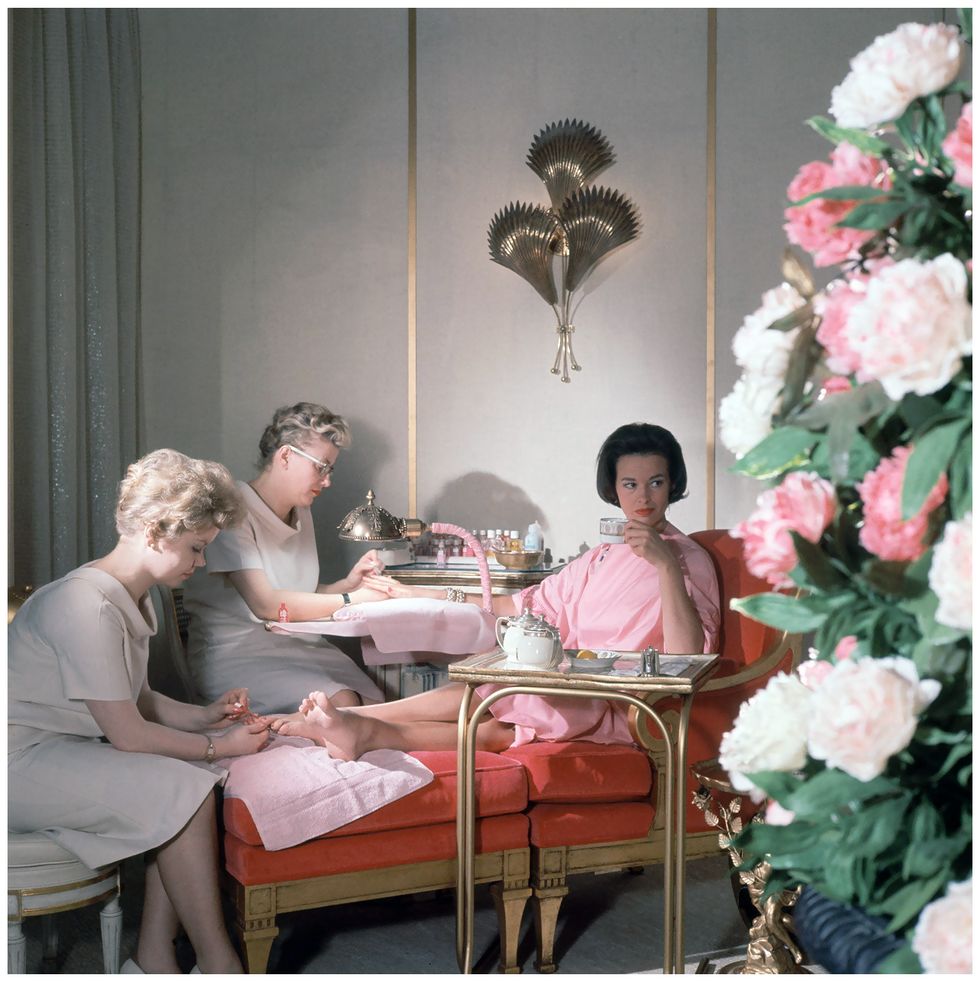 Do you live in New York and love getting your nails did, but for real cheap, like $10.50? Sure, it's SUPER awesome that you can pay practically nothing for someone else to spend an hour scraping off your callouses and massaging your aching joints and painting your fingers all pretty, but on the other hand, according to a series of reports by the New York Times -- and also math -- that bargain price means the person beautifying you all up, often an undocumented immigrant with zero protections, is getting paid practically nothing, or even literally nothing, or even literally negative dollars, since she actually paid her boss to let her work there. Plus, also, they are working with hazardous chemicals 27 hours a day (for real, salon owners make them work pretty much every hour of the day, every day of the week), suffering from respiratory problems, higher risks of miscarriage, and god only knows what else because there has been little research on the effects of long-term exposure to the chemicals used in nail salons. So maybe, like, not so super awesome for them?

Fortunately, New York Gov. Andrew Cuomo is cracking down on that, and in a hurry! His office announced new regulations -- and new enforcement -- within a week of the New York Times's expose.

Effective immediately, he said in a statement, a new, multiagency task force will conduct salon-by-salon investigations, institute new rules that salons must follow to protect manicurists from the potentially dangerous chemicals found in nail products, and begin a six-language education campaign to inform them of their rights. [...]

“New York State has a long history of confronting wage theft and unfair labor practices head on, and today, with the formation of this new Enforcement Task Force, we are aggressively following in that tradition,” Mr. Cuomo said in a statement. “We will not stand idly by as workers are deprived of their hard-earned wages and robbed of their most basic rights.”

The Timesdescribed the system of blatant wage theft under which manicurists are forced to work for free, "in a kind of unpaid apprenticeship," for weeks or months, only to eventually earn a below-minimum wage rate of perhaps $3 an hour, which is how salons are able to charge their customers an average of one Alexander Hamilton and change -- half the national average price of a manicure. Add to that skipping the "unsightly" precautions, like gloves and face masks, to protect salon workers from the hazardous chemicals to which they are exposed all day long, every day -- and no, there's no "overtime" pay for workers who don't get any pay to begin with. Those hazardous conditions, by the way, are not limited to New York; manicurists across the country are exposed to those chemicals, often without the benefits of any precautions whatsoever, like proper ventilation so their lungs are not murdered by toxic fumes.

So the governor's emergency task force may make conditions slightly better, requiring salons to comply with new health regulations and also to pay their workers, including backpay for the wages salon owners already stoled. Those who fail to comply will be shut down.

And for any do-goody liberals who are shocked and appalled to discover that a $10 manicure translates into a a real shitty rate for your manicurist, do NOT -- we repeat, do NOT -- swear to paint your own nails from now on. Those immigrants who are dependent on this industry for their pay won't magically find another line of work. Instead, patronize salons where workers wear protective gear, and where the cost is not soooo low, it's too good to be true. Because yeah, it's too good to be true. And for fuck's sake, leave a tip that's bigger than whatever you spent on your whipped caramel and sprinkles whateverccino on the way to get your nails done.