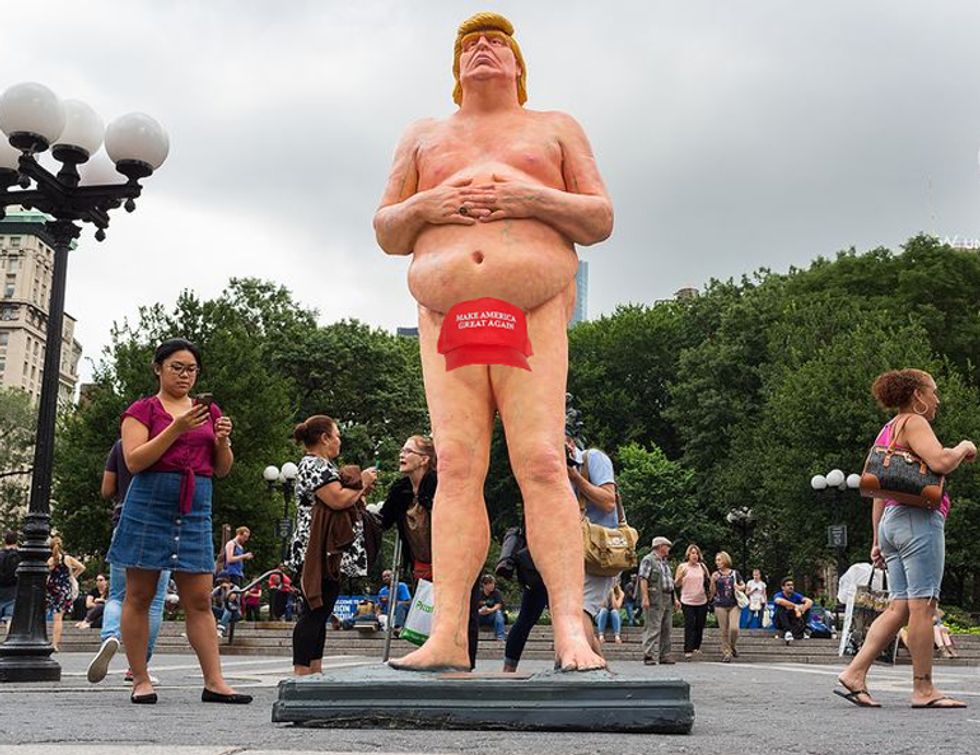 Politico has somenews, you guys:

When Austin Harrouff stormed away from his parents and went on to allegedly commit a horrific zombie-like attack on two un-suspecting suburbanites, his unsuspecting and worried mother called 911 and said she was worried about his state of mind: “He had no ID on him. No phone. ... I think the only thing he has on him is a pocketknife switchblade. … It's just -- he's changed.” When asked to give a description, she said “he’s wearing white shorts, and he had a blue polo on ... and a red hat: Make America Great Again.” We checked, and Harrouff wasn’t a registered voter (though his mom is a Republican).

Now, our supposition is that Young Mr. Harrouff has something wrong in his brain, and that is not funny, it is sad. It is also Noteworthy that, despite the fact that he was eating someone's face off when the police found him, they did not shoot him even once. Unlike the black dude on the ground a few weeks ago, with his hands in the air, who explained to police that he was a therapist for his autistic charge, and his autistic charge was holding only a toy car.

You know the rest: bang bang!

So there is that.

We wish Mr. Harrouff luck in getting the help he maybe needs, and we are sorry to the families of his victims, who are dead and have no faces anymore, and we would like to remind Mister Donald J. Trump that some people are crazy, and it is probably best not to encourage them to kill people, whether they eat their faces or no.