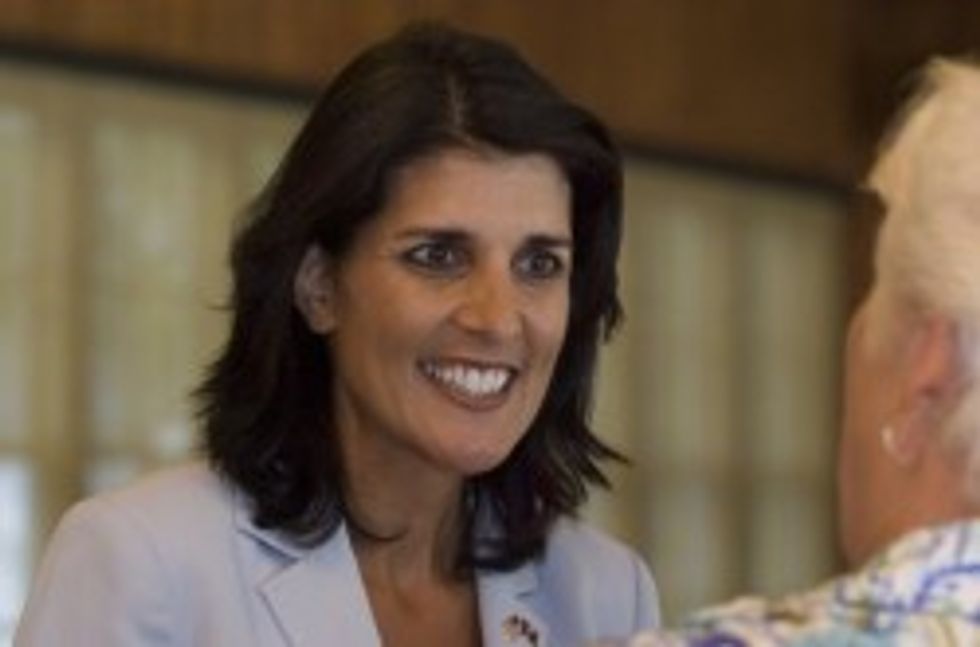 South Carolina teabagger governor Nikki Haley hasdecided to remedy South Carolina's myriad ways of sucking for people who live in South Carolina -- it currently has the country's fourth-highest unemployment rate and sports saturated Medicaid rolls (meaning everyone is poor) -- like a champion middle manager with a mean collection of self-help books who thinks everybody's problem is all the negative thoughts filling their auras. So from here on out, all state employees under her control are ordered to say, "It's a great day in South Carolina" when they answer their work phones, despite this being the exact sort of phrase that immediately reminds everyone it is not.

Haley said the change will boost the morale of state workers, remind them they work for the callers on the other end of the line and help her sell the state to employers

“It’s part of who I am,” Haley said. “As hokey as some people may think it is, I’m selling South Carolina as this great, new, positive state that everybody needs to look at.”

Among the state agencies that are part of Haley’s Cabinet is the state’s prison system. Others include commerce, education, public safety and health.

If this doesn't solve all the state's problems, next up Nikki Haley will rename the state "The Awesomer Carolina, Bitches" and then just hope for the best, since, eh, there's nothing else to be done. [The State]