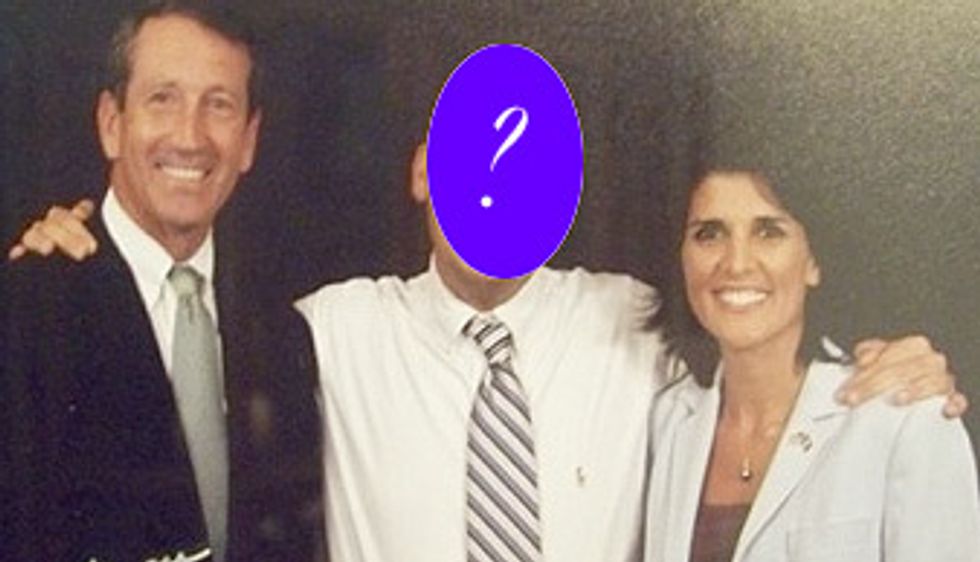 South Carolina's dingbat governor Nikki Haley, famous chiefly for being the only human ever rumored to make hot forbidden love with a political blogger, has lately been in trouble for allegedly making hot forbidden legislative favors for her health company employer while she was still a state representative and doing "secret consulting work," which sounds roughly as hot as secret blogger sex. Here is why Nikki Haley's lawyer would like the House ethics panel to rule in her favor: “To find otherwise would not only impugn the integrity of many other members of the General Assembly, but also that of many of South Carolina's best corporate partners: BlueCross BlueShield of South Carolina, Michelin, AT&T, Time Warner Cable, and several others.” We believe the usual lawyerly defense goes more along the lines of "no wrongdoing took place," but sure, "everybody else does it, too" sounds great. So how does the panel rule?

From the Columbia Free Times:

Members of the committee voted 5-1 today to clear Haley of wrongdoing. The lone holdout was the only Democrat serving on the six-member panel.

[House Ethics Committee Chairman Ronald] Smith said the committee didn't do much in the form of an independent investigation into the claims.

"Do we have an investigator on our staff who can go out there and do an investigation like the State Ethics [Commission]? No," he said. "We have one full-time employee."