Nikki Haley Wants To Take Marco Rubio Behind The Middle School, Get Him Pregnant 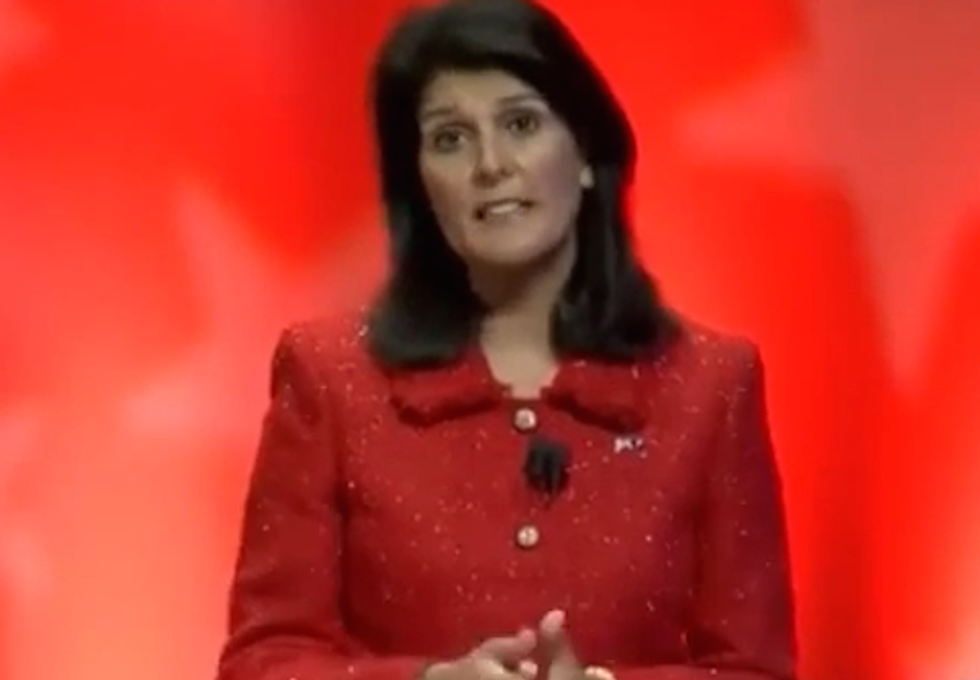 It's not as if there are any other good options

Aw fiddlesticks and tricky zippers, more bad news for sad pathetic loser Jeb Bush. Despite his shameless desperate begging for the endorsement of one Gov. Nikki Haley of South Carolina, where Jeb had hoped he was "going to do really well," the governor has decided to endorse another sad pathetic loser instead:

U.S. Sen. Marco Rubio will win South Carolina’s most Republican coveted endorsement of the 2016 presidential race when Gov. Nikki Haley announces her support at a Chapin rally on Wednesday evening, a source with knowledge of the governor’s decision told The State.

It would be journalistic AND comedic malpractice if we failed to mention that Haley had been considering Jeb, whose lips she has been unable to remove from her buttocks. For example:

Even though South Carolina is a legacy state for Bush men, Jeb is too far behind for Haley to disgrace herself on his behalf:

Bush pushed hard for her support. His father and brother, both former presidents who won the S.C. presidential primary, have reached out to Haley in recent weeks.

But Bush is lagging in South Carolina. Bush sits in fourth in polls with several recent surveys putting him behind Ohio Gov. John Kasich in fifth.

[contextly_sidebar id="QsN7pclUVVsK30fbXu73vO5uomBgZD1N"]Thus, Haley's Republican presidential primary dating pool is pretty shallow. She's certainly no fan of that Donald Trump guy who's actually going to win the South Carolina primary, in what will likely be a YOOOOGE landslide, because his is one of the "angriest voices" Haley says her fellow Republican teabagger wingnut whackadoodles should resist. He probably wasn't counting on her support anyway, but now he has a totally legitimate reason to have her deported back to whatever brown country her immigrant parents came from, as Ann Coulter wisely advised.

Haley is also not a fangirl for projected runner-up Miss Teen South Carolina Ted Cruz, because duh, everyone hates that guy. And darn it, Jim Gilmore just dropped out of the race, leaving her with only one option: her fellow first-generation American who rode into office on the tea party tidal wave of 2010, which has worked out so terrifically for the Grand Ol' Party that Haley and Rubio would like us to now believe they are from The Establishment and not from the extra-crispy wingnut wing of the wingnut party, thanks.

So congrats to you, Marco Rubio! With Gov. Haley crowning you the least bad of the semi-viable loser candidates who will do better than Jeb, you're all but guaranteed to cruise to another victorious third place.