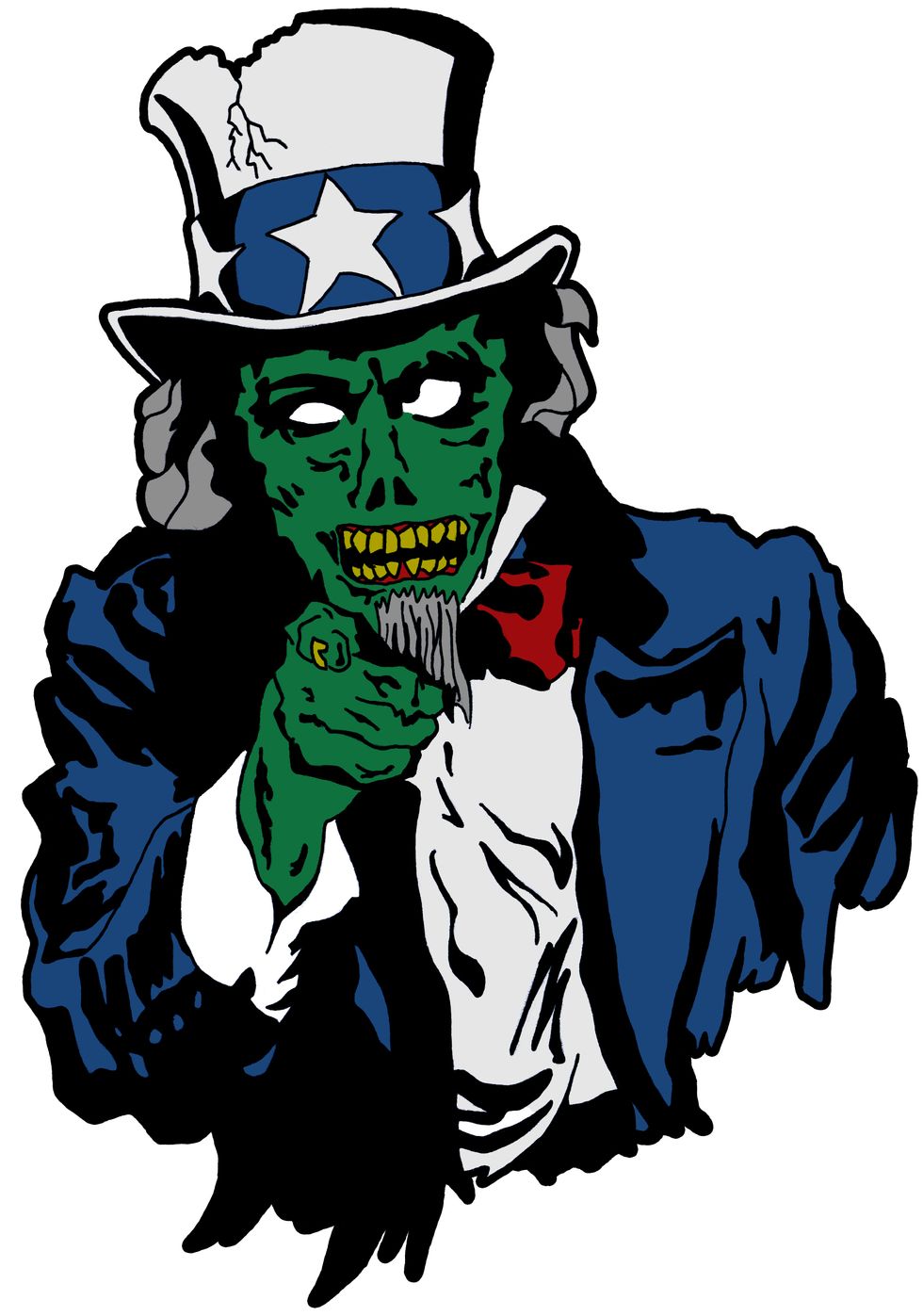 This is you: "I want to dress up for Halloween but I'm lazy and have bad ideas. Can you help?" Probably not, but let's take a crack at it anyway. Here are nine "easy" costume ideas for you to briefly consider before you just give up and go as whatever you were last year again (a loser with a bad costume). DISCLAIMER: Please do not actually attempt any of the following costumes, especially the ones involving bodily harm.

Put on some nice makeup and drink 20 cans of beer, remembering to dump the dregs of each can in your hair to achieve that authentic brewery smell. Lose both of your shoes somehow. Go to a party and punch the host in the face several times. When the cops come, lie to them. You'll be dancing with the stars in no time! (In jail, because unlike Bristol Palin you are not Bristol Palin.)

Group costume! All you need for this one is a decent suit and some friends. Your friends can wear whatever they want. Every time you do something -- anything -- have your friends shriek that you're rudderless and incompetent. For example, say you're bobbing for apples. Did you get one? TYPICAL RUDDERLESS INCOMPETENT trying to distract from the economy and the death of Ambassador Chris Stevens who would still be alive if you weren't such a dumb Muslim Brother Hood. Despicable.

Get a bachelor's degree and apply for work at a fast food restaurant. Once you're hired, they'll issue you a uniform. Wear that. For the finishing touch, have your mom write "KICK ME" on your diploma and staple it straight to your back. You're a walking, bleeding social satire!

Same as above, except the fast food joint doesn't hire you so you can't afford clothes. Brrrrrawr!

Put on a suit jacket and a pair of boxer shorts. Drill a medium-sized hole in your forehead. Quick, what are your thoughts on the Civil Rights Act of 1964? A bunch of mealy mouthed nonsense? If not, enlarge the hole. If you're feeling dizzy, steady yourself on your dad's racist newsletters. You'll be basking in the plaudits of idea-starved hack talking heads in no time, because you're "smarter than everyone thinks!"

Smoke 500 cigarettes and drink three fingers of antifreeze. Sell all of your internal organs to Charles and David Koch. Use the money to buy your favorite toxic industrial chemicals from Charles and David Koch. Keel over and die. This one really blurs the line between "costume" and "performance art" and therefore should only be attempted by really obnoxious people.

Possibly the simplest costume on the list -- just seal yourself inside a plastic sheet! You'll soon be suffering from oxygen deprivation, which is a nifty metaphor for how your civil rights are being violated. As you slip in and out of consciousness on the way to the hospital, imagine the ambulance is the police helicopter Chris Christie appropriated to travel to his son's baseball game, remember that?

Braaaains! Braaaaaaaaaains! Five odd years after the Tea Party was zapped to a simulacrum of life by Barack Obama doing exactly what Bush had already been doing, some of the original swarm are still shambling along looking for brains. A little zombie makeup, an American flag t-shirt from China, and a tore-up piece of cardboard with some dumb shit written on it is all you'll need for this ghoulish getup.