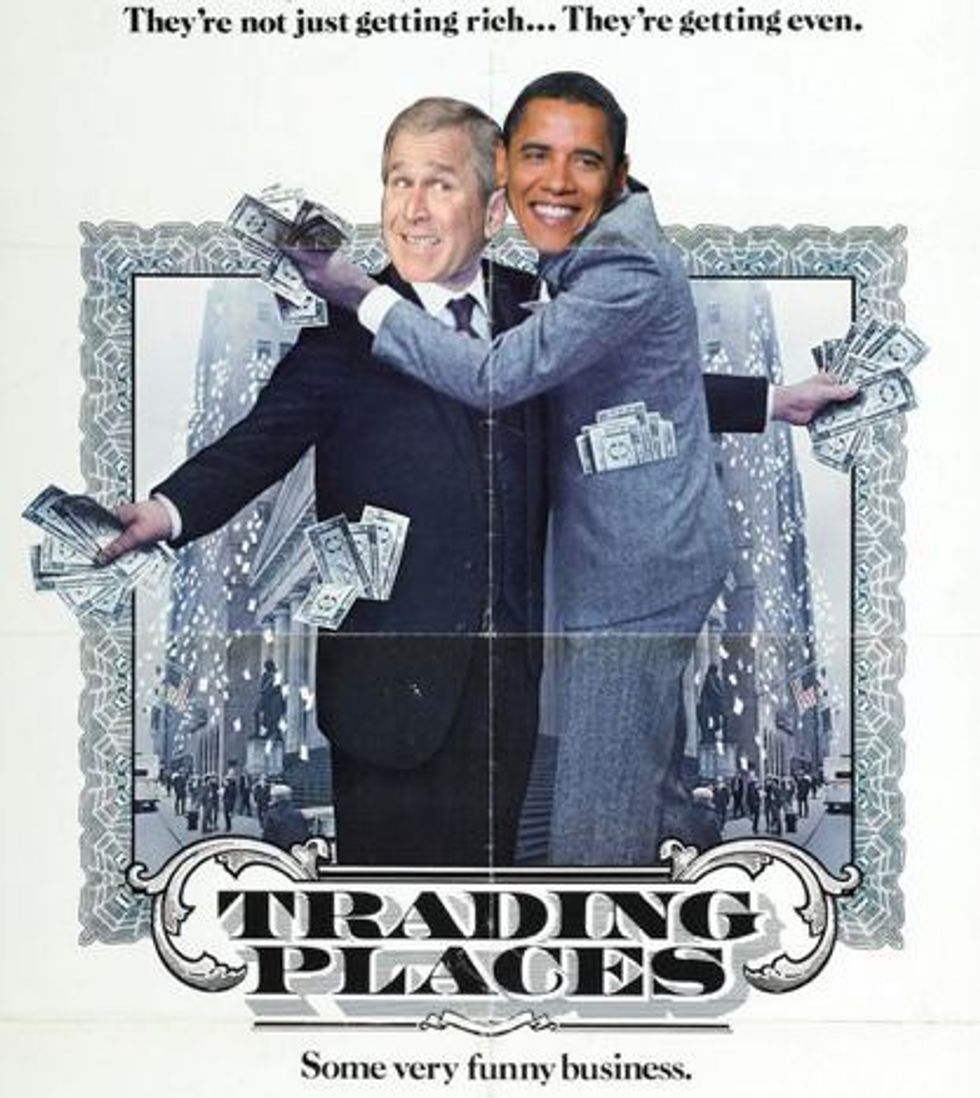 Ugh, is this how people in Rome felt in the decades between barbarian sackings? You know, those supposedly "quiet" gaps in the Historical Timelines between momentous & terrible events? And are we at theend of one terrible-yet-mundane space between Major Catastrophes -- 9/11 and then ... what? Or, maybe 9/11 is in the same decade-long spot as the beginning of the Global Economic Collapse/Permanent Climate Change/Japan Radioactively Melts Into the Sea which is then followed by ... Global Plague Pandemic? Giant Meteor? Will anyone even be left to produce an elaborate historical timeline for the remaining seven students, in the future? But let's not get ahead of ourselves! Let's focus on the immediate issue, which is academic-historian types beginning to describe the previous dozen-plus years as the "Bush-Obama Presidencies." Oh good lord, really?

Here are two bits from this excellent/terrifying piece at TomDispatch.com:

The record shows impressive continuities between the two administrations, and nowhere more than in the policy of “force projection” in the Arab world. With one war half-ended in Iraq, but another doubled in size and stretching across borders in Afghanistan; with an expanded program of drone killings and black-ops assassinations, the latter glorified in special ceremonies of thanksgiving (as they never were under Bush); with the number of prisoners at Guantanamo having decreased, but some now slated for permanent detention; with the repeated invocation of “state secrets” to protect the government from charges of war crimes; with the Patriot Act renewed and its most dubious provisions left intact -- the Bush-Obama presidency has sufficient self-coherence to be considered a historical entity with a life of its own.

A certain mystery surrounds Obama’s perpetuation of Bush’s economic policies, in the absence of the reactionary class loyalty that accompanied them, and his expansion of Bush’s war policies in the absence of the crude idea of the enemy and the spirited love of war that drove Bush. But the puzzle has grown tiresome, and the effects of the continuity matter more than its sources.

Bush we knew the meaning of, and the need for resistance was clear. Obama makes resistance harder. During a deep crisis, such a nominal leader, by his contradictory words and conduct and the force of his example (or rather the lack of force in his example), becomes a subtle disaster for all those whose hopes once rested with him.