Nobody Wants To Buy The Watergate Hotel 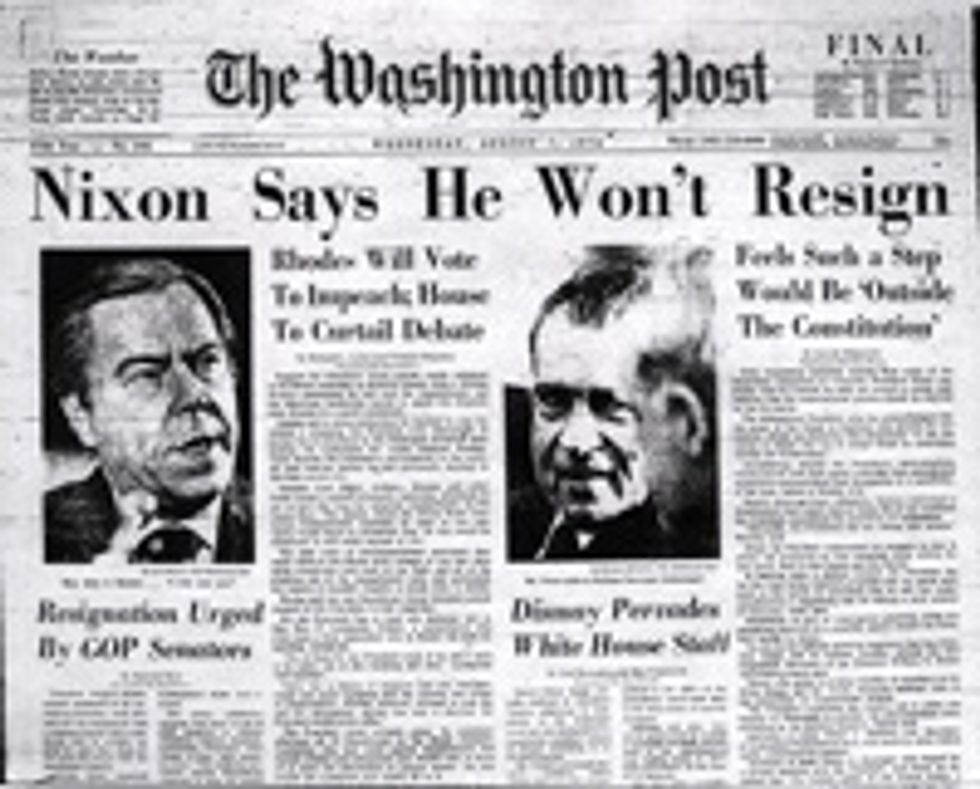 Washington DC teems with glamorous and exciting hotels, such as the Mayflower Hotel, where Eliot Spitzer once famously kept his socks on while he banged a cheaply tattooed former drug addict from New Jersey. The Watergate Hotel is sort of famous, too, for being next door to the Watergate office building.

The office building, of course, hosted the world's most notorious break-in on June 7, 1972, when a troupe of cat burglars stole some crap from the Democratic National Committee. Two years later Richard Nixon resigned, handing over the presidency to the illegitimate interloper Gerald Ford, who never once showed anybody his birth certificate. Our democracy has never recovered from this fatal blow.

With this proud history, it's a little shocking that nobody would want to own a piece of the Watergate Hotel -- but when it was put up for auction yesterday, not a single person advanced the $25 million opening bid. So probably the hotel's current owners will rip out the sinks and all the good lighting fixtures, spray-paint some incomprehensible graffiti on the walls, and drive off in the middle of the night, just like millions of broke real-estate owners across the nation do all the time.

Watergate Hotel gets no bids at auction [CNN]