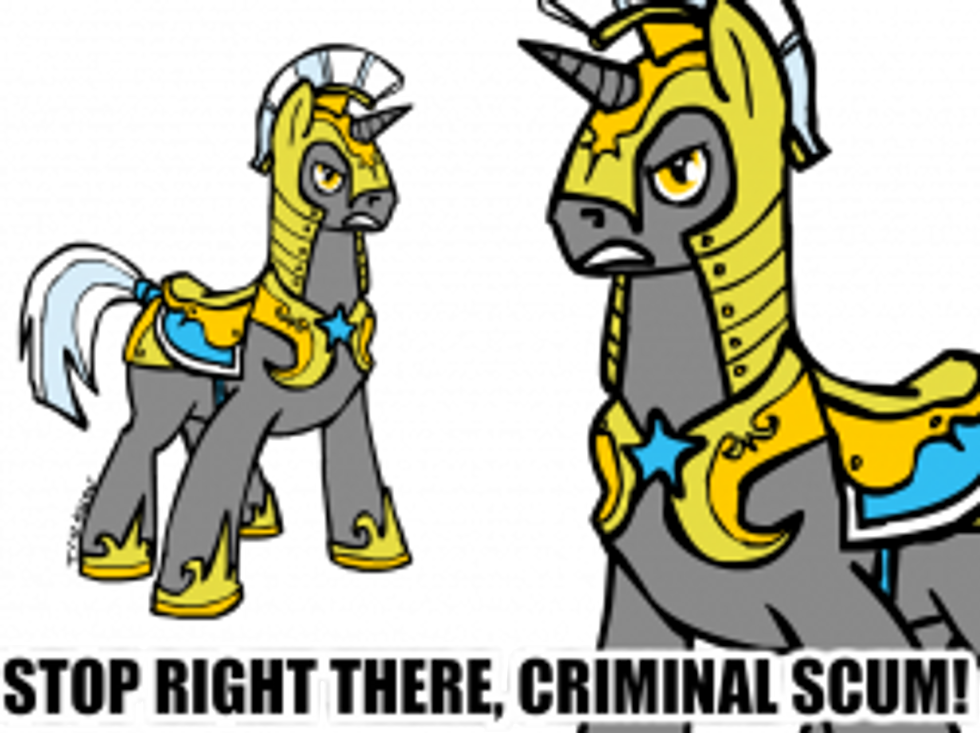 It's pretty darned encouraging to see that somebody is willing to take serious action on crime. And since we all know that crime results from poverty, what better way to reduce crime than bymandating criminal background checks on applicants for food stamps? A bill to do just that is the brainchild of North Carolina state Rep. Dean Arp (R-Onomatopoeia), our latest candidate for Wonkette's coveted Legislative Shitmuffin of the Year Award, whose proposal would require all county Department of Social Services offices to perform the checks, but which of course does not include any funding to do so, because that would just be silly.

As columnist Barry Saunders notes in the Raleigh News and Observer, this idea comes out of the same state legislature that

But what Mr. Socialist is missing there is that the Second Amendment is absolutely clear that gun ownership cannot ever be regulated, because the Constitution clearly says "...the right of the people to keep and bear arms shall not be infringed." What part of dot-dot-dot don't you understand Mr. Socialist? And where in the Constitution is there a right to be fed, huh?

Besides, in the world according to Arp, this brilliant idea will save money from going to people who don't qualify for welfare, because federal law excludes anyone who has a warrant out for their arrest from getting assistance. By spending between $25 and $38 per person on background checks for every new application, and for renewed applications every 6 months, the state will almost certainly weed out scores of people from the roughly 822,000 receiving food assistance in North Carolina. You can see how that will totally be worth it. It will probably be every bit as cost-effective as drug-testing welfare applicants has been in Florida!