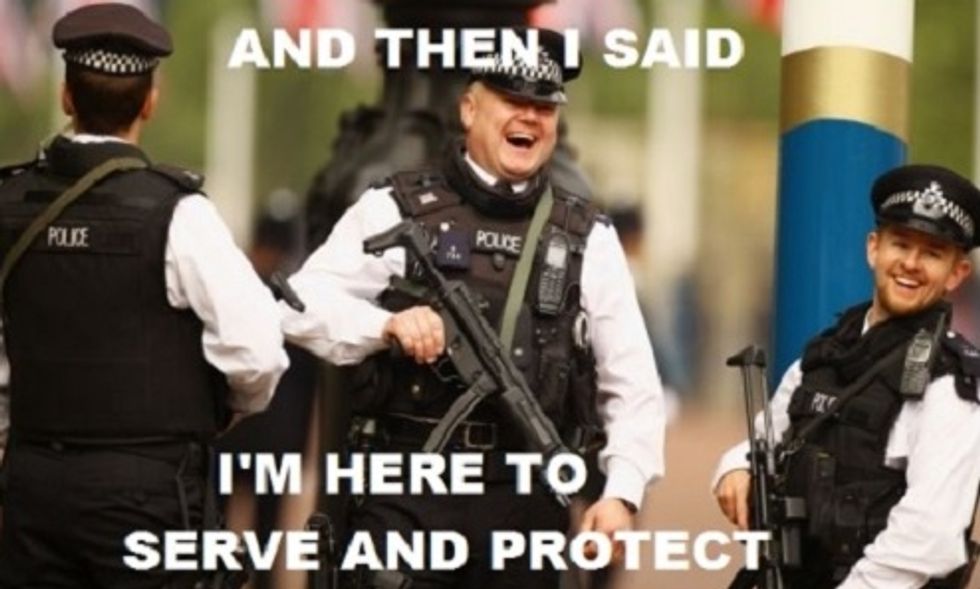 Just in case you good folks aren't already filled with rage and sad this morning, how aboutthis news from Charlotte, North Carolina? Police were responding to a 911 call about a possible breaking and entering (a woman had called saying someone was repeatedly knocking on her door), and then:

Police say that when they got to the scene, a man matching the caller's description ran toward them.

One of the officers fired his stun gun, but it was "unsuccessful." Another officer then opened fire, police said.

Jonathan Ferrell died at the scene. He was shot several times.

WE FEEL SO MUCH SAFER NOW.

The 24-year-old Ferrell, a former football player for Florida A&M who was engaged to be married, had been in a crash that wrecked his car so badly that he had to climb through the vehicle's back window. He ran to the nearest house, knocked on the door, and the homeowner called 911 to report a possible break-in. We bet Ferrell was pretty glad to see the cops coming to help him.

Officer Randall Kerrick has been charged with voluntary manslaughter and released on $50,000 bond; a police statement said.

An update on HuffPo notes that Kerrick shot Ferrell 10 times. Since Ferrell was black and Kerrick is white, get ready to hear that this is absolutely not about race -- and for a huge defense fund to be set up for the police officer, who was merely exercising the sort of caution that's necessary when confronted by a muscular young thug who could turn violent at any moment.

Tip to black motorists: Walk slowly after an accident, with your hands over your head. You might have a chance of surviving your rescuers.