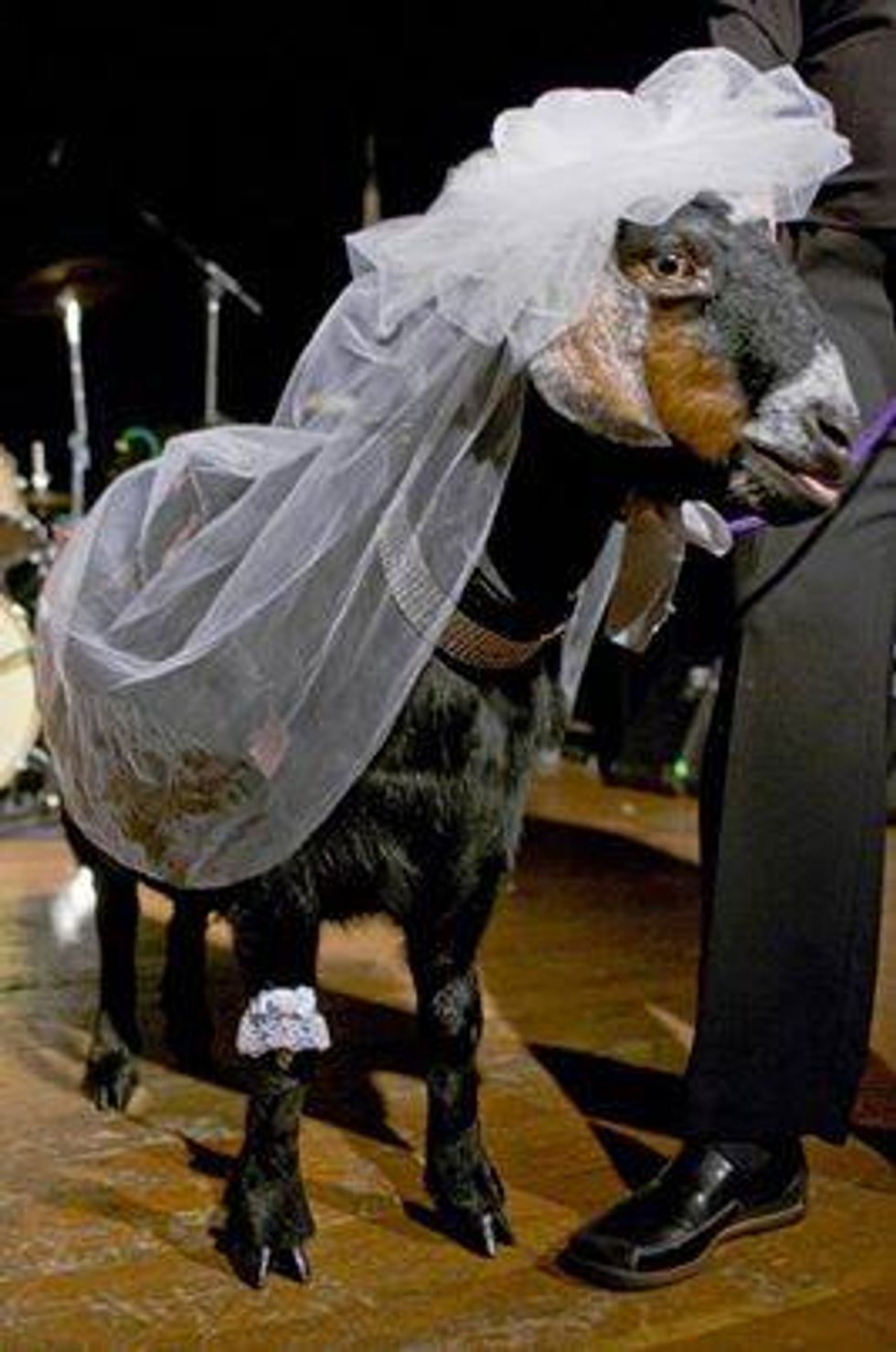 The administration of North Carolina Governor Pat McCrory wants to make it absolutely clear that it had no intention at all of blocking the NAACP from protesting the state's far-right legislature at the Capitol building, not at all. It justdenied the group a permit because it was worried that a gathering of over 100 people would be impossible to manage, and also, uh, maybe, because those people might have gotten up to all kinds of shenanigans. Or maybe even hoopla. So that's why it had to deny the permit.

The NAACP managed to get permission for the rally after taking the case to court Monday; Superior Court Judge Allen Baddour ruled that the state had to issue the permit, so yay. NAACP attorney Scott Holmes pointed out that the claim about the size of the group was less than convincing, considering that hundreds of people attended a Christmas tree lighting ceremony led by Gov. McCrory at the same location earlier this month. But that's a silly comparison, because Christmas tree lightings aren't full of people demanding that the state legislature stop being a bunch of rightwing assholes.

“What’s really going on here is that the state has preferred speech and non-preferred speech,” Holmes explained. “They prefer government speech over the people’s speech. And that’s unconstitutional.”

That's not it, that's not it at all, insisted Special Deputy Attorney General Don Teeter. The state doesn't care the least tiny bit about the content of the speech when a group applies for a permit. "We don't even ask for it.”

Judge Baddour noted that the application included a section asking the applicant to "provide goals, objectives and purpose" for a gathering.

“I reject the argument that we are limiting speech at all,” he later added. “These folks have been permitted to go to an appropriate area to speak to their hearts’ content.”

You know, someplace else. Just no goat-roasting for womanless marriages in front of the Capitol. You know how those people can get.

Baddour issued a temporary restraining order reversing the permit denial; the NAACP will be going ahead with a rally in February to call on the legislature to expand Medicaid and reverse cuts in unemployment benefits.

A spokesman for Gov. McCrory dismissed the planned protests as the work of

"the same left-wing political groups that are wanting to keep the failed policies of the past that put people out of work ... Gov. McCrory is working to strengthen the economy so more North Carolinians can earn a paycheck instead of hoping for a government check."