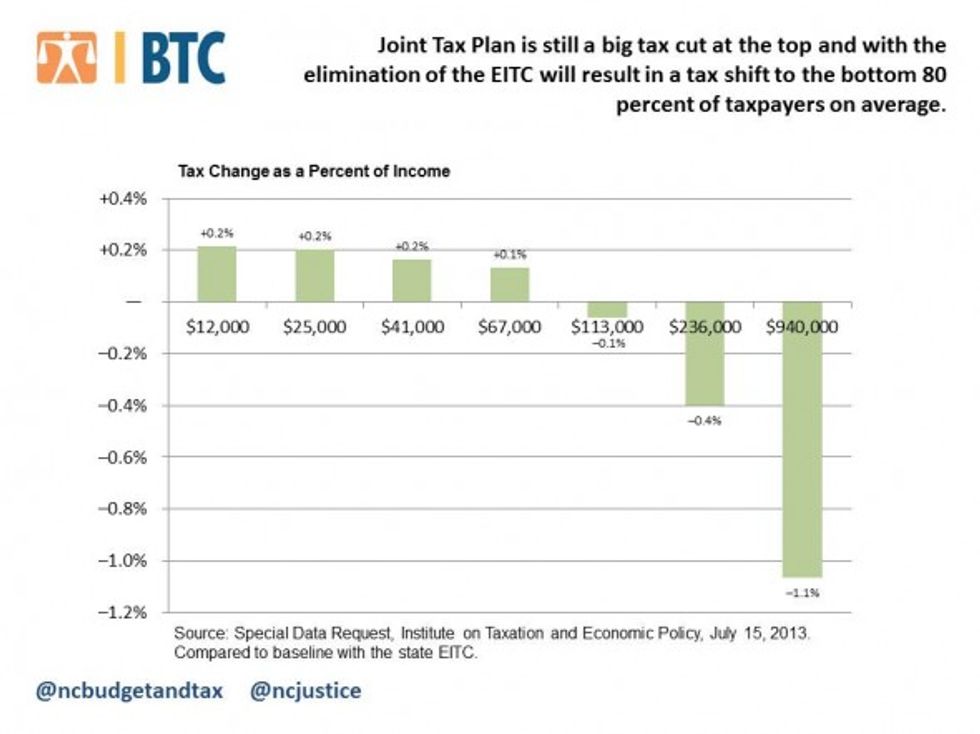 Arizona and Texas need to step up their game, because North Carolina is going balls to the wall to be the most batshit crazy state. In the duel categories of “Moneylingus for the Rich” and “Dicking Over the Poors,” North Carolina is about to take a commanding lead. And, in order to get bonus points, they are doing it with minimal time for debate, lest all the little people try to have their so-called “voices” heard. According to ThinkProgress:

North Carolina lawmakers rammed through massive tax reforms on Tuesday that would disproportionately benefit higher-income earners, bringing the measure to a vote in the House after approximately 25 minutes of debate. The legislative compromise, which was formally unveiled on Monday, represents some of the biggest most regressive changes to North Carolina’s tax code in eight decades. The Senate will take up the measure on Tuesday afternoon, both chambers will hold final votes Wednesday, and Gov. Pat McCrory (R) is expected to sign it by the end of the week.

If you are going bring about the most massive change in a state’s tax code in 80 years, why would you need more than 25 minutes to debate it? Does it benefit the rich to the detriment of the poor? Yes? Nuff said. Find a motorcycle bill to attach it to, and let’s move on, there’s plenty of other people just aching to be screwed.

So how does this bill fuck the poor, exactly? This helpful chart shows how the new taxes make those making $12,000 pay MORE while those making $940,000 pay LESS.

Hahaha, making $12,000 is living the life of luxury anyway. You can afford to cough up a little more to the gubmint -- just quit going to the doctor every time your kid whines about "leukemia," k?

So what is the net effect of this tax scheme? Surely it will place North Carolina on firmer fiscal footing, because we all know that the GOP is the party of fiscal responsibility, or at least that’s what they yell all the time when they want to get their way because it is also the party of whiny crybabies and not at all hypocrites, no siree.

As a result, revenue would fall by $500 million in two years and $2 billion over five years…

What the fuck, really? The GOP is willing to create a $2 billion revenue shortfall just to make sure that rick motherfuckers can keep more of their tobacco money? Seriously? Surely there is a plan to make up for this shortfall, right? That above sentence concludes:

…laying the groundwork for additional cuts to government spending.

So the poor people, who will be paying MORE in taxes will soon receive LESS government services? Hahahahahahaha *sob*

Dear Wonketeers, this is what political-types call the “starve the beast” philosophy to governing. You create a massive debt through tax cuts (and possibly multiple foreign wars if you are the federal government), then look around and scream your head off about said massive debt and demand that the government spend less on things that you never liked in the first place (poor people), because you blew the government wad on things that you do like (rich people and war). So the rich get richer, and wars get FUCKIN' GNARLY HOORAH.