NC School District To Let Kids Pepper Spray Scary Trans Students In The Potty, Why Not? 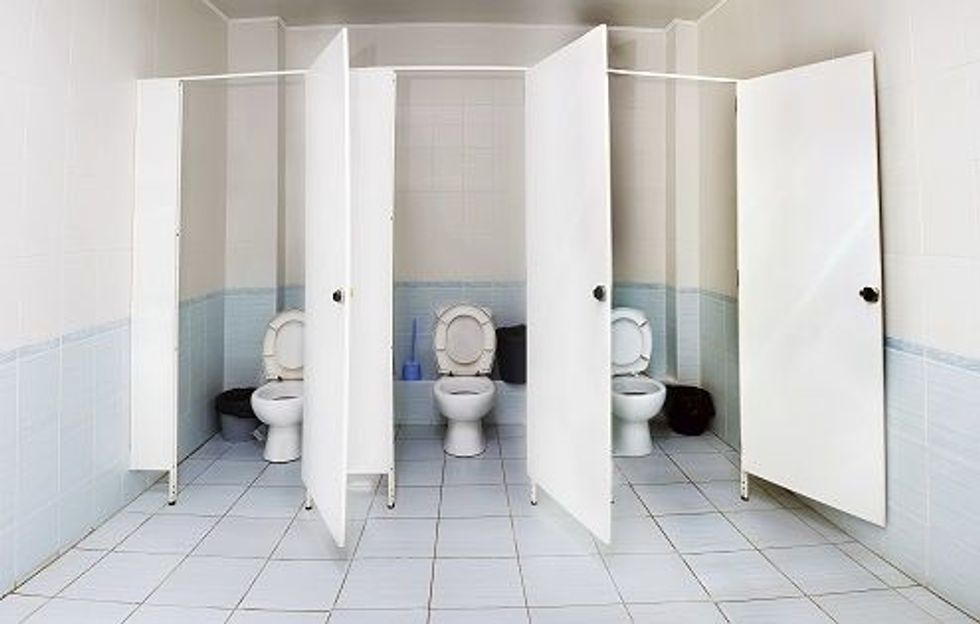 Once upon a time, people were all VERY concerned about weapons in schools. Heck, some students in some high schools had to carry clear bags and go through metal detectors and all that kind of stuff because no one wanted another school shooting. And you weren't allowed to wear bandanas as a fashion statement because maybe they could be a gang symbol!

But times have changed! No longer are school boards concerned about school shootings (Because whatever, "these things happen"), or worried that an 8th grade girl trying to get her Rhoda Morgenstern on is actually advertising her allegiance to the Bloods and/or Cripp. Nope, not when there are far more terrifying things to worry about, like maybe having to go to the bathroom with a trans person.

Thus, the Rowan-Salisbury School District in North Carolina has voted to allow students to carry mace or pepper spray on them in schools. For safety.

“Depending on how the courts rule on the bathroom issues, it may be a pretty valuable tool to have on the female students if they go to the bathroom, not knowing who may come in,” said board member and local genius Chuck Hughes.

Oh yes. Allowing teenagers to carry pepper spray, and telling them that trans students are desperately trying to sexually assault them in the bathroom? Even though it's a lot more likely that a trans student will be assaulted themselves? WHAT COULD POSSIBLY GO WRONG? Surely this weapon will only be used in dire emergencies, knowing how very responsible and kind high school students are known to be. It's definitely not as though trans students are likely to be singled out for bullying to begin with, let's give them more problems!

Local gun shop owner and reasonable human Larry Hyatt notes that he does not actually sell pepper spray and mace to people under the age of 18, what with that being a pretty bad idea and all. He notes that while the pepper spray could be used by students to defend themselves against bullies, it could also be used by bullies themselves to attack people. So weird! It's almost like if you think about this for two whole seconds, it does not seem like that awesome of a plan!

Naturally, the board also debated whether students should be allowed to bring straight razors as well, but decided against. They will only allow regular safety razors in school, for shaving. Which is a thing people do in school.