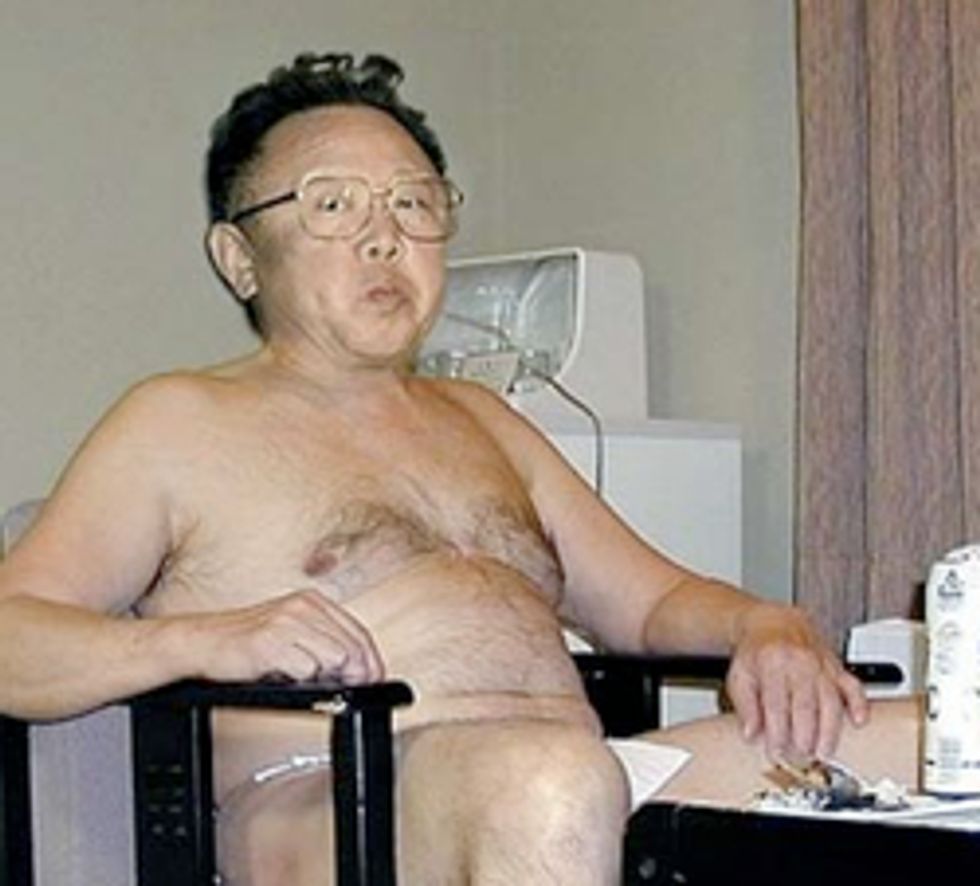 Over the weekend, North Korea pwned the capitalists bylaunching its dumb rocket over Japan and around the sea. After about 2,000 miles it crashed in the water, the end. American officials determined that it was one of Kim Jong Il's famous Taepodong-2 missiles, which are not quite at "Full ICBM" quality, but still pretty baller. Eventually one of these things will be able to bomb Sarah Palin's house in Alaska. AND YET the North Koreans are still pretending that this rocket was only launched to drop off its satellite payload in space, and they're insisting that it was successful, despite the fact that it FELL IN THE WATER.

Why we thought we could hear something from space this morning!

Washington and Seoul said the North Korean rocket launched on Sunday failed to thrust a satellite into orbit. But on Monday, seeking to garner political gain from the test, the North Korean media praised Kim Jong-il’s leadership, insisting that a communications satellite was circling the Earth, broadcasting patriotic songs.

The people in the tightly isolated country have little access to news from the outside world, where the satellite launch was considered a failure.

When North Korea first flight-tested the Taepodong-2, in July 2006, it blew apart 40 seconds after take-off...

This time, the official KCNA news agency asserted, “storms of hurrays shook the room” as the satellite entered orbit.

Hurray! North Korea, where the news reports are still commensurate to man's capacity for wonder. Wait until they hear about Barack Obama -- or Africa in general!