Not Content With His Face On TV, Mitch McConnell Also Trying To Scare Voters Through The Mail (Updated) 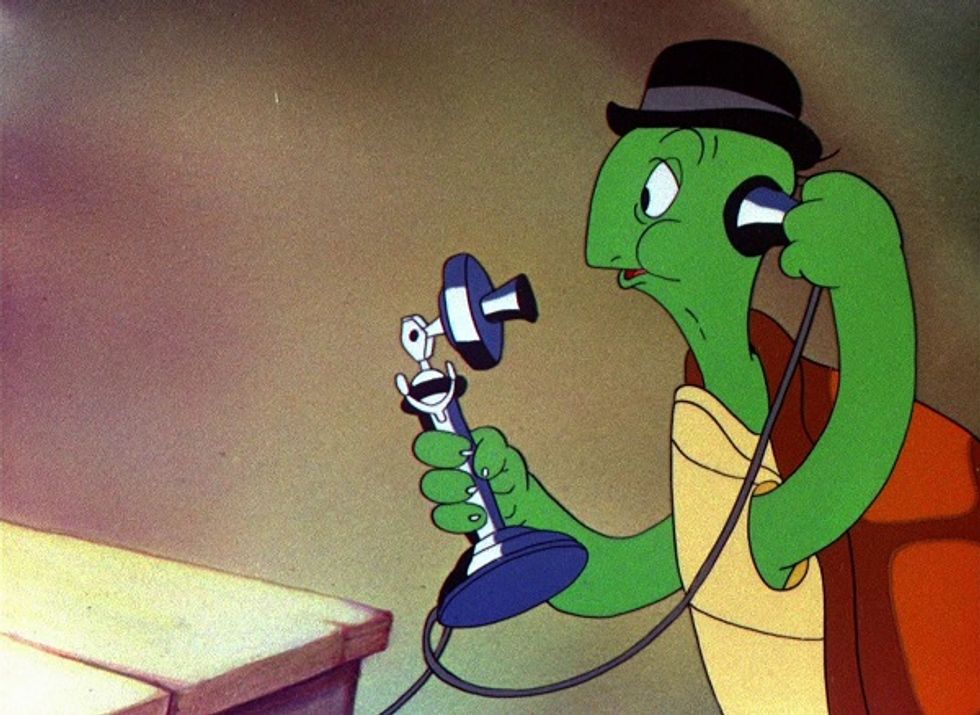 (Update: Grimes responds. See end of post) Since he’s up five points with just a few days to go until the election, one would think Tortoise-American Mitch McConnell would set the cruise control on the campaign bus, kick back, retract his head into his shell, and celebrate by nibbling on some seaweed or something. Or he could spend the last stretch of this brutal election scaring the living crap out of his constituents that they have committed voter fraud by sending them mailers mocked up to look like official government notices with the words “ELECTION VIOLATION NOTICE” stamped across the front, whatever.

Via Salon, here is the mailer, which on the outside of the envelope tells the voter he or she is “at risk of acting on fraudulent information,” which sounds serious, no?

And what with allthestories of (nonexistent) voterfraud all over the country proving that Barack Obama is in league with ACORN, the Socialist Workers Party, Chicago and Zombie Joseph Kennedy to steal the election and deliver Congress to the Democrats, one can see why voters who find this envelope in their mailbox might be concerned that they too are terrible fraud monsters.

The “Citizen” is a nice touch, don’t you think? The dystopia is already here! Dear Citizen, you voted for a Republican in Obama’s America, please wait quietly on your front porch for the FEMA SWAT team we are dispatching to pick you up and drive you to the slave labor camp in the Smoky Mountains where you will spend the rest of your life creating giant statues of Barack Obama out of coal dust and your own sweat.

Ha ha, of course it doesn’t say that. It actually says

The mailer goes on to list a couple of things McConnell opponent Grimes has said and then claims her statements are not actually true because the Washington Post said so. It’s basically the political campaign version of “Nuh-uh, did not!” with no actual evidence to back it up.

So don’t panic if you find this envelope in your mail this weekend, Kentucky! Unless you plan on voting for Mitch McConnell on Tuesday. Then you should be terrified.

UPDATE: Late Friday afternoon the Grimes campaign filed an injunction against McConnell, calling it a violation of KRS 119.155, which forbids intimidating or attempting to intimidate any voter into not casting a ballot. Rick Hasen at the Election Law Blog thinks that the flier might be sneaky and underhanded but does not rise to the level of illegality. In any case, it is unclear what Grimes can do besides get the McConnell campaign to not mail any more of the damn things, and maybe publicly take a piece out of his hide before Tuesday.