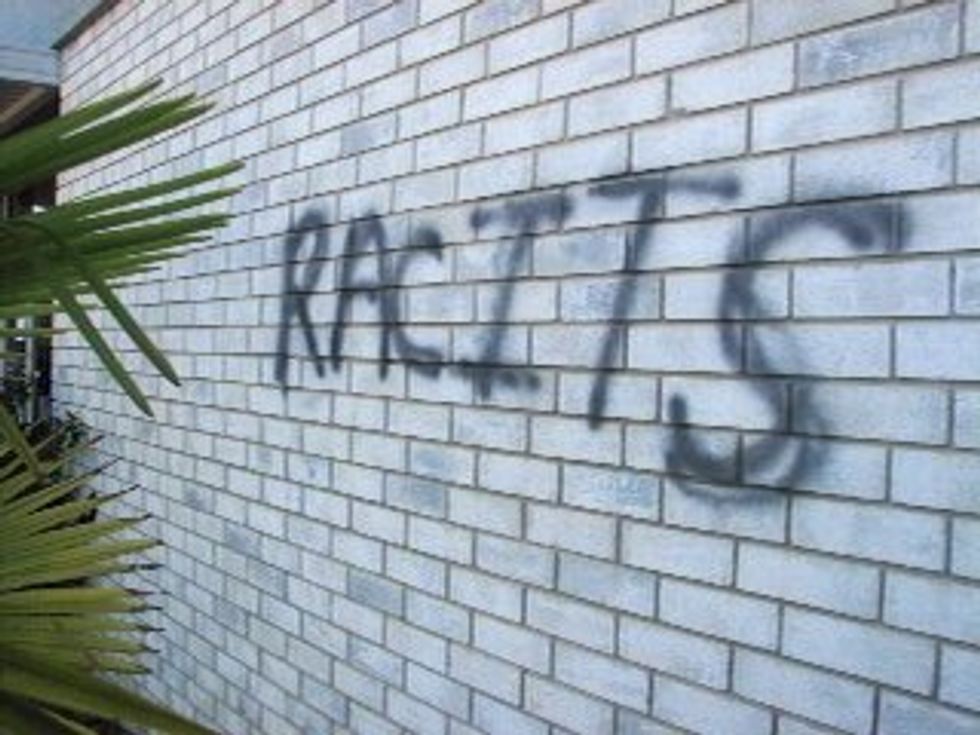 Wait, hold on just a minute, everybody! Turns out that Cliven Bundy is not an actual racist; he just said some stuff that the liberal media twisted all out of context to make it sound a lot more racist than it was, which was only a little bit racist, or something. Foamy exploding pigdoot Pat Dollard, the genius who thinks that we should get busy onslaughtering Muslims in the street, has exposed the liberal media plot to smear Bundy by editing his comments about "The Negro" unfairly! It turns out that when Mr. Bundy wondered whether actual slavery might not be preferable to the slavery of being on welfare (as The Negro generally is), he wasn't merely asking about slavery's excellent opportunities to learn valuable cotton retrieval skills; he was actually talking about bettering the condition of The Negro. Also, he said nice things about Mexicans, so he cannot possibly be a racist, now can he?

Mr. Dollard kind of explains that it's all a matter of context, as if there were any context that would make Bundy's comments not racist:

SEE THAT CLIVEN BUNDY IS ACTUALLY AN ADVOCATE FOR BLACKS, HISPANICS

Watch Bundy explain how we need to keep things from going backwards for blacks, and how the Federal government has created a neo-slave class via entitlement dependency that is so bad it is arguably worse than plantation slavery was. It is 100 percent clear that Cliven Bundy is not saying that blacks should be slaves picking cotton, but that the Federal government has created conditions for them so terrible, that their current situation may actually be worse. (If you are person of low intelligence, the fact that that is his point might be too hard for you to understand.)

And he offers this slightly longer video clip, which features Bundy mumbling something about having witnessed the Watts riots, and how he definitely would not want to see the coloreds have to "go back" to those days. (Maybe a hundred-odd years prior, but definitely not to 1965):

Happily, the nice folks at Conservative Treehouse have transcribed the parts of the video that didn't get included in the terrible fake untrue edited version of the comments posted by Media Matters and the New York Times:

You see, with this important preface, it is clear that Bundy is only talking about the inevitable suffering caused by not having freedom and things! And who takes away your freedom and things if you are on welfare? The Government! And so when Bundy says that slavery might be better than the welfare that all the blacks are on, then by golly, he is no racist at all, he is just a spokesman for freedom! Of course, by refusing to pay for the land his cattle graze on, he is also getting something for free from the Government, so is he not himself a slave? And it would be pretty darn crazy to accuse one slave of being a racist for talking about his fellow slaves, now wouldn't it?

Also, after the stuff about cotton, Mr. Bundy said some right nice things about your Spanishes:

Now, let me talk about the Spanish people. You know I understand that they come over here against our constitution and cross our borders. But they’re here and they’re people – and I’ve worked side-by-side a lot of them.

And we need to have those people join us and be with us…. not, not come to our party.

See? A man who likes the way all those Mexicans stick together and have good families cannot possibly be racist toward The Negro when he wonders -- and he is only asking -- if maybe those simple dusky folk might not be happier under a system where they got to raise their own chickens instead of being forced to all be on welfare. Take it from fellow slave Cliven Bundy, you do not want to let that happen. The gentle souls at Conservative Treehouse acknowledge that the remarks are controversial, but "no more so than the remarks made by Shirley Sherrod." Yep, the parallels are eerie, aren't they?

And while a lot of rightwing politicians and media figures have distanced themselves from Bundy, a fair number of wingnuts are castigating them for not standing up for the True Facts that Bundy was conveying. For instance, when Stupidest Man on the Internet Jim Hoft referred to Bundy's comments as "racist" and noted that Sean Hannity had disavowed them, Hoft's readers revolted, linking to the Dollard post and insisting that shiftless negroes actually have been enslaved by welfare, because they are just too simple or lazy to make it on their own. Yep, we've reached a new strange place in the Wingnuttosphere: Jim Hoft is being castigated by his readers for being a tool of liberal propaganda. Hoft made up for it a little later with another post about a black lady who went insane in a pawnshop and attacked another customer, also black, who had cut in line. His commenters liked that one; one wished that both "had of offed each other. Would be a net win for taxpayers," another said it's pretty much what you should expect from "feral people," and a third called them "savages" and warned that "our darkies in America kill each other in record numbers." Needless to say, these folks are not racists either; they've just seen what government dependency does to Those People. Hoft may have to give up his Stupidest Man on the Internet title to his own readers.