*Not To Be Sexist,* But Politico Is PMSing Real Bad, Like Women Do 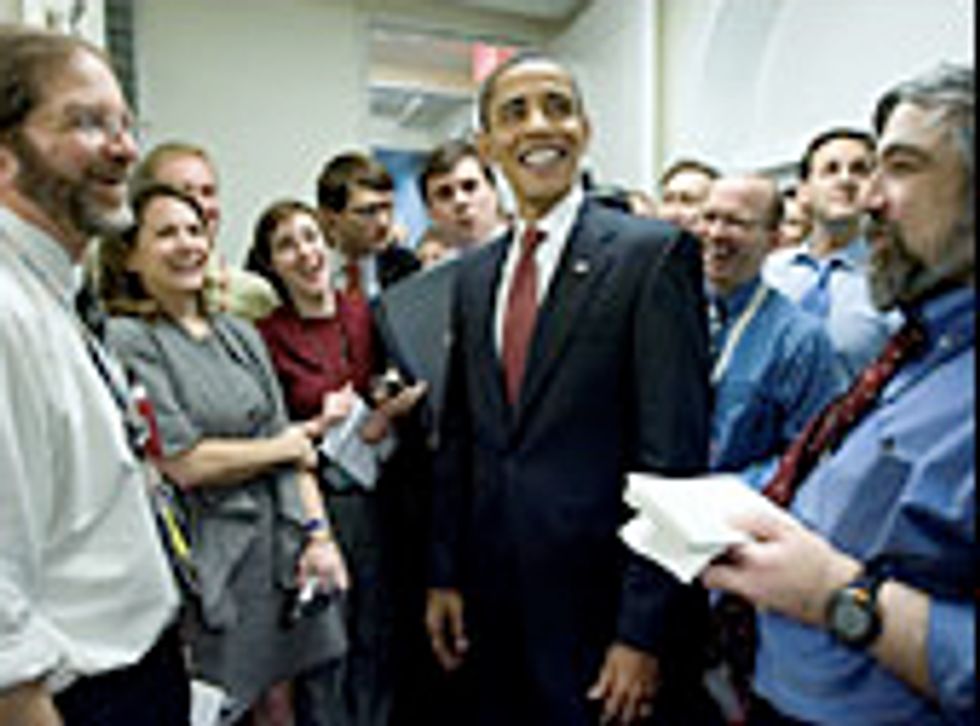 Last night Obama went tointroduce himself to the White House press corps briefly, politely. A Politico reporter started harassing him about one of his appointments. Obama told him to STFU, he could ask it at the next briefing. Politico writes the following lede this morning: "President Obama made a surprise visit to the White House press corps Thursday night, but got agitated when he was faced with a substantive question."

Do Jonathan Martin and Carrie Budoff Brown, the co-authors of this whiny, vapid bullshit, think that anyone else cares how hard they have to work to get information? Why do we even link to this vulgar asshole of a publication anymore, now that the election's over? We're keeping people like Roger Simon and Mike Allen and Jonathan Martin employed by doing this! Enough.

Your associate editor, at least, is making a belated "New Years Resolution" to never link to Politico again (after this one!), except for Ben Smith and Michael Calderone stuff. They are friendly. Maybe the gal who writes Shenanigans too, or the guy(s) who write(s) the Congress blog. Basically we will stop linking to these particularly retarded, trollish articles Politico front-pages just to get a crappy 2-minute panel slot on AC 360 later in the night. (They actually have full-time employees whose job it is to book their idiot reporters on cable news shows. This alone should be reason enough never to do anything good for Politico.)