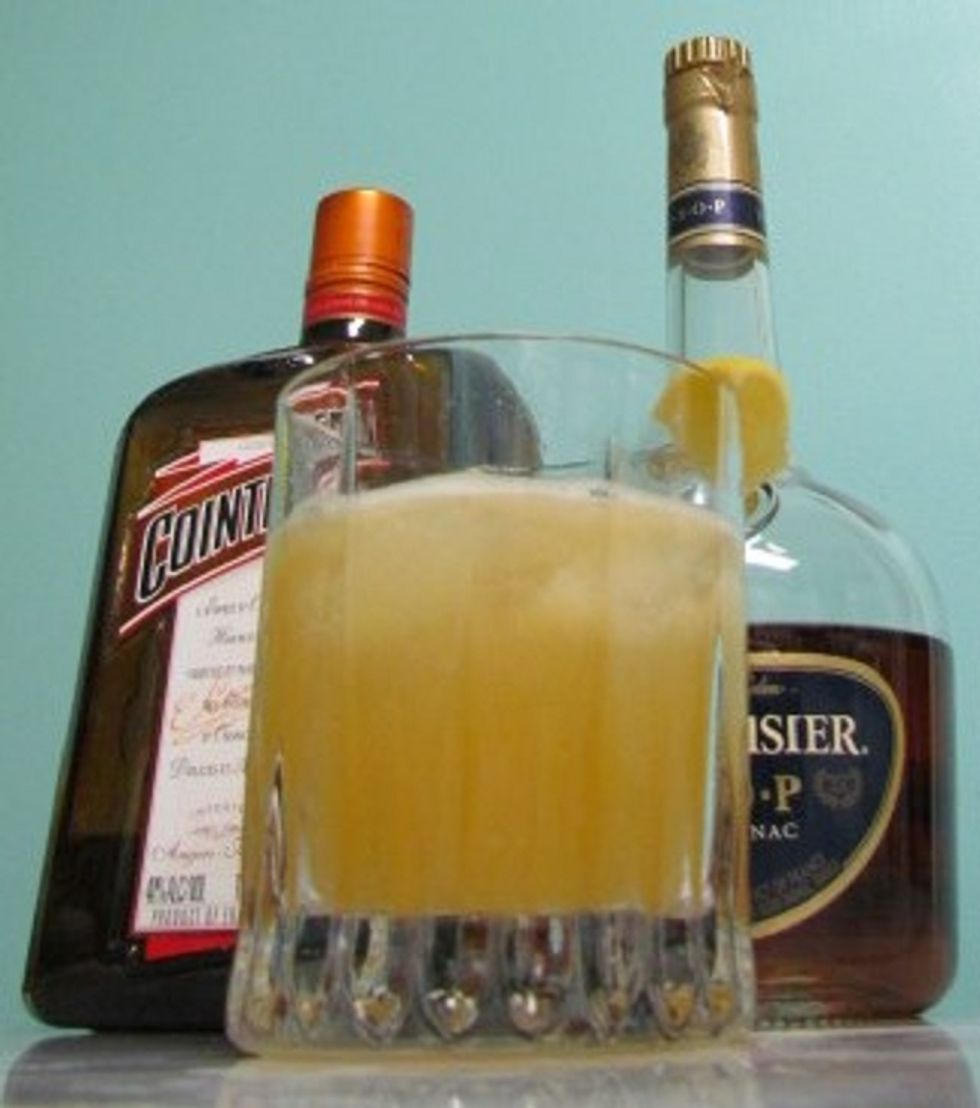 The sidecar is a beverage steeped in controversy. The creation lore is murky. The ratios are not widely agreed upon. Bartenders cannot decide whether to serve it with ice or strained. The only part which is accepted by nearly all is the ingredients -- brandy, orange liqueur, and lemon juice.

The drink was invented in Paris during World War I. A military officer really enjoyed them, and he rode to the bar in a motorcycle sidecar, which lends its name to the cocktail. The nationality of the officer is unclear. Some say he was French; others claim American. More still say it was a British officer. None of that really matters, though, because it is a delicious and boozy drink.

Right about now you're thinking, "If it was invented in Paris, using French spirits, why does it have an English name?" That's an excellent question. The answer is because the British, Americans, Canadians, and Downundertonians arranged so that it wouldn't have to have a German name.* (Also, too, the French word for sidecar is "side-car.")

Juice of one lemon

Shake all the ingredients together with ice.

Pour into a rocks glass over ice.

*If you don't like that joke, go tell it to your grandfather; he'll love it. Or just go fuck yourself.