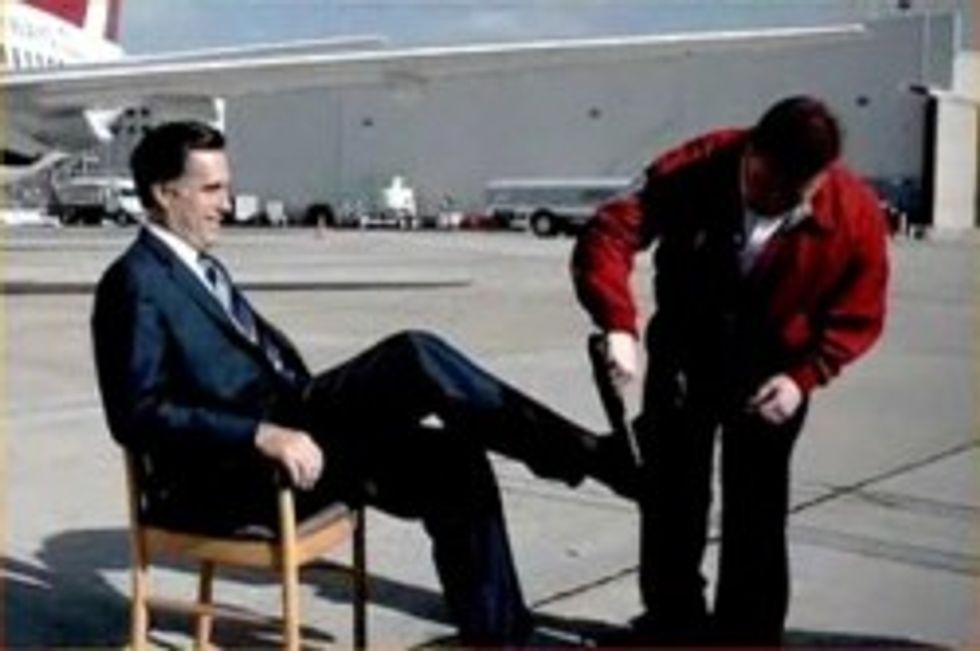 Oh how precious, NPR thinks that Mitt Romney will stop running around lying to everyone’s face about welfare reform if only he is presented with the “facts.” But like most “severe conservatives,” Romney knows you can use facts to prove anything that’s even REMOTELY true -- and even things that aren't!

Wednesday marks the 16th anniversary of President Clinton's welfare overhaul. That law has become a major issue in this year's presidential campaign.

Republican Mitt Romney keeps saying that President Obama has gutted the law, even though every major fact-checking organization says the attacks are false.

Romney rolled out his line of attack two weeks ago in an ad that says: "On July 12th, President Obama quietly announced a plan to gut welfare reform by dropping work requirements. Under Obama's plan, you wouldn't have to work and wouldn't have to train for a job. They just send you your welfare check… How in the world could he not understand the power of work, the dignity of work?" Romney said last week in Zanesville, Ohio. "And taking work out of welfare is something I'll change. I'll tell you that — day one."

Listen up, everybody, Mitt Romney just wants Poors to know the dignity of work! WHO WILL THINK OF THE POORS.

How in the world could Obama, the biracial son of a single mother, who engaged in community organizing in improverished urban neighborhoods after his graduation from one of the finest educational institutions in his country, not understand the dignity of work? Hopefully Romney can teach him. And by the way, in case you’re wondering, mothers are not considered to be “working” for the purposes of welfare reform. We guess Ann Romney’s “career choice” to be a “hands-on mom … who barely hired nannies or domestic help" isn’t considered work when Poors do it. Nor, usually, do Poors write off their dressage horses.