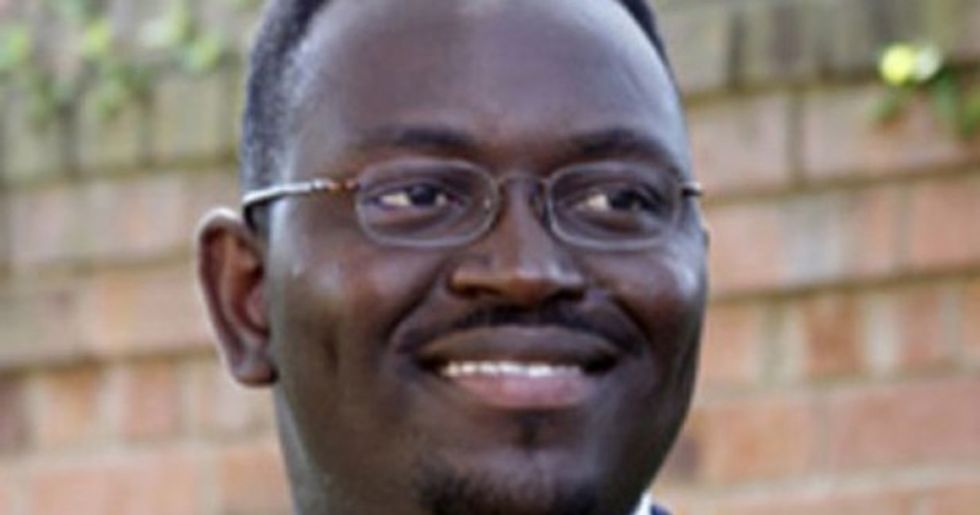 We have only begun to graze the tip of the iceberg when it comes to obscene,disgustingwingnutreactions to the Charleston mass murder that ended the lives of 9 black churchgoers, aged from 26 to 87, on Wednesday night. So we guess it's time for NRA people to start saying words, and surprise, they are not good words. Charles Cotton is a member of the NRA's board, and he knows who killed those people. No, not Dylann Storm Roof, the alleged gunman who has since confessed, silly! It was Rev. Clementa Pinckney, state senator and pastor at Emanuel AME Church, according to Cotton. How did Pinckney manage that? By voting against a bill that would have allowed people to carry concealed guns in church, of course!

Cotton helpfully explained this on TexasCHLForum.com, which claims to be "the focal point for Texas firearms information and discussions," and where he is a site administrator:

"And he voted against concealed-carry. Eight of his church members who might be alive if he had expressly allowed members to carry handguns in church are dead. Innocent people died because of his position on a political issue."

Sorry, Wonkers, we know we just sent your RAGE-METER to 11, but oh my god what the fuck, the bodies aren't even cold yet, and this guy is saying that the murdered pastor is responsible for his own death and the death of his fellow parishioners, because he thought it might not be a good fucking idea for the sanctuary to be full of concealed weapons during particularly energetic sermons. Because guns don't kill people, people kill people, with anti-gun votes! We hate to jump to conclusions, but we think it's safe to say that Charles Cotton is a horrible, heartless excuse for a human being, whose capacity for human feeling and love only extends to his weaponry.

And really, would more guns have averted this tragedy? Likely not, according to a new study, which found that, between 2007 and 2011, "[intended] victims of violent crimes engaged in self-protective behavior with a firearm in only 0.8 percent of attempted and completed incidents," and thus, we concluded:

[F]rom a purely statistical standpoint, the likelihood that someone in the Emanuel African Methodist Episcopal Church could have blown away alleged shooter Dylann Roof before he finished his attack is fairly low. In theory, those chances would go way up if every single church meeting in every single church had at least one member carrying a gun.

Maybe Cotton would be happier if all black people were required by law to carry a small arsenal at all times, just in case a crazed, racist redneck decides today's the day he's going to get to murdering folks. What, you don't think Cotton would like that idea? Why ever would you say that?

RawStory reports that Cotton has opened his bile-spewing gullet in the past in the wake of gun tragedies:

Earlier this year, Cotton argued on the TexasCHL website that teachers should be allowed to spank students so that he would not have to “put a bullet” in them. He has also accused President Barack Obama and “multi-billionaires Michael Bloomberg and George Soros,” among others of being part of a plot to undermine Second Amendment rights, particularly after the mass shooting at Sandy Hook Elementary in Connecticut in December 2012.

We'll close by pointing you in the direction of this poignant piece from Tom Boggioni, a roundup of all the recent times people in America have been massacred with guns the NRA so desperately wants us have easy access to, and we'll listen to this 1999 song from Ani DiFranco, about Our Little Gun Problem, and we'll remember how when it came out, we were young and idealistic and thought maybe someday Americans would give enough of a fuck to do something about it.