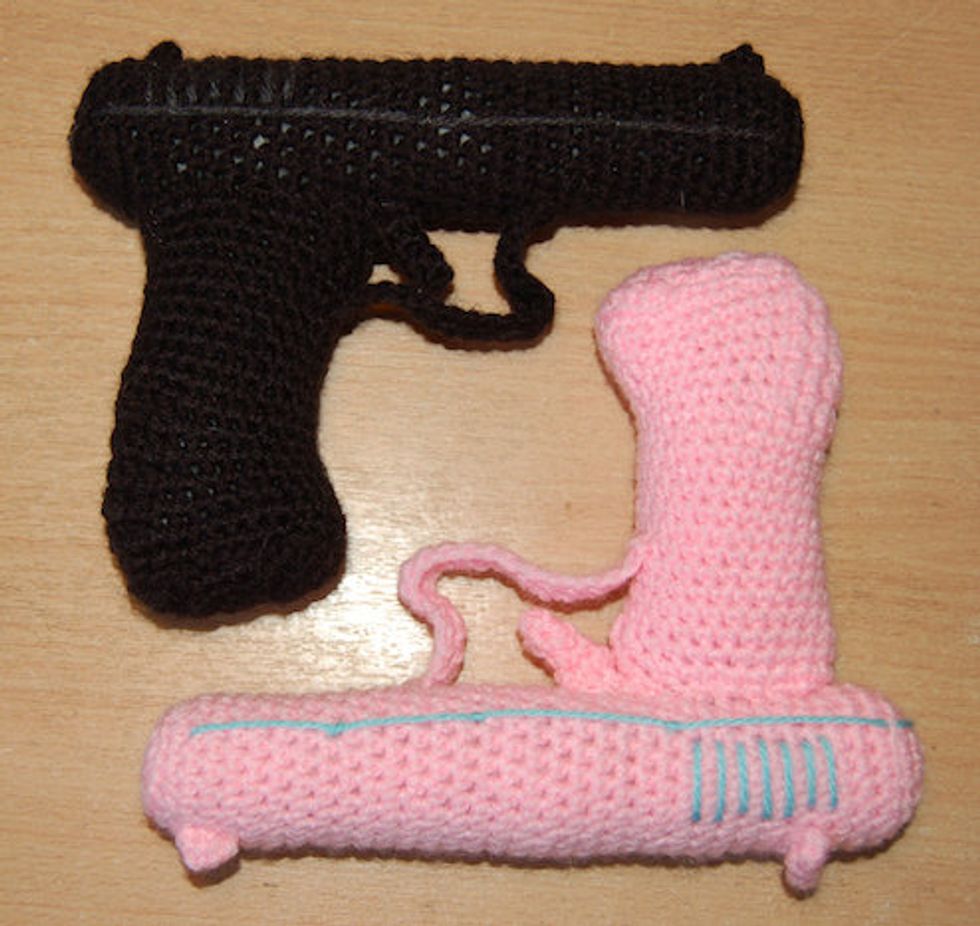 The Missouri Senate lurrrvvveesss them some guns. Like they are just up in a tree kissing on guns. And they were trying SO HARD to show guns that they care, what with trying to nullify federal gun laws and getting all ground-standing and making sure young people have access to guns before they turn 21, but apparently it just wasn't enough love, because they still wanted people to have to tell the police when someone stoled their best friend, a gun, and everyone knows that is not gun-loving enough. Enter the NRA.

In a demonstration of the power of the NRA, Missouri Senate Republicans stripped out a Democratic amendment to a gun bill that they had approved last week.

The amendment required gun owners to report a stolen firearm to police within 72 hours after they discover the weapon is missing, a provision that its sponsor said was necessary to crack down on urban crime. The Senate approved the amendment a week ago and gave preliminary approval to the overall bill, Senate Bill 613 that nullifies federal gun laws, the same evening.

But the National Rifle Association didn't like the amendment, and because of it decided to oppose the entire bill.

Yes, you've got that right. The NRA opposed one of its pet bills, a bill that it probably loved and squeezed and called George, because someone had the goddamn gall to say "oh hey wait, it would be cool if we could cut down on criminals having guns by reporting WHEN CRIMINALS STEAL GUNS." But according to the NRA, reporting a stolen gun to the police leads to a federal gun registry which leads to the government deploying FEMA to grab the guns right out of your hands and then make you live in a shitty trailer.

Oh yeah, and the NRA wasn't above a little full-on lying to get their way either.

The NRA's statement said those who failed to report [a stolen gun] within 72 hours would be subject a $1,000 fine and guilty of a class A misdemeanor.

That wasn't true. Nasheed's amendment had no fine nor enforcement mechanism of any kind.

Never let anything -- including the truth -- get between you and your guns. Now THAT is how you do gun love.