NRA Wants You To Shoot Protesters, The Media, People Of Color, And Teachers! God Bless. 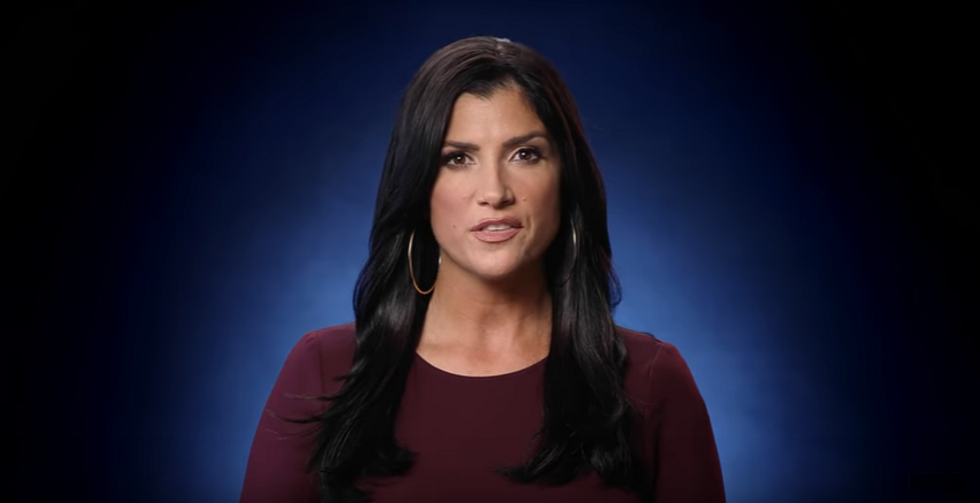 Ever since the police officer who shot Philando Castile was found not guilty -- and indeed since Philando Castile was shot -- the world at large has been waiting for the NRA to make a statement. Given their dedication to standing up for concealed carry rights, and what have you.

But rather than bothering to comment on that, they have instead released a very charming new ad, in which the ever-charming Dana Loesch details the incredible threat liberals like us pose to Real America, and implicitly suggest that the only way to stop us from destroying the country with our schools and entertainment and PROTEST MARCHES is to take up arms against us.

Here's the transcript, in case you just can't bring yourself to make it through the whole thing (or any of it):

ALL TO MAKE THEM MARCH. Make them protest. Make them scream racism and sexism and xenophobia and homophobia. To smash windows, burn cars, shut down interstates and airports, bully and terrorize the law abiding. Until the only option left is for the police to do their jobs and STOP THE MADNESS. And when that happens, they'll use it as an excuse for their outrage. The only way we stop this, the only way we save our country and our freedom, is to fight this violence of lies with the clenched fist of truth. I'm the National Rifle Association of America, and I'm freedom's safest place."

As ridiculous as this is, it's also scary as hell. Because, you know, holy crap these people literally want to kill us. They're trying to create some kind of otherworldly scenario in which we are an actual violent threat to them. That our ONLY purpose is to, uh, protest things for literally no reason, and march and smash windows and "terrorize the law abiding." That we somehow force nice police officers to murder black people (like Philando Castile!) in order to have "an excuse" to be mean to them and protest more.

Which is all kinds of ass-backwards.

Do protesters sometimes get out of hand? Sure! But like, suggesting that the entire Left is a serious violent threat to the Right because of every so often a window gets broken? Well, it would be like us insisting that they were all Timothy McVeigh. Or Eric Rudolph. Or Dylan Roof. Or a heck of a lot of other people I could name.

As a rational person, I assume that no, not all conservatives want to bomb buildings or shoot up black churches. However, the NRA seems dead set on pushing them to do so.

Of course, this way of thinking is totally in line with the worldview of NRA head honcho Wayne LaPierre, who has previously declared the media, academia and the arts to be the true enemies of America.

“It’s up to us to speak out against the three most dangerous voices in America: academic elites, political elites and media elites. These are America’s greatest domestic threats.”

So get a gun! And go after us, the GREATEST DOMESTIC THREATS.

Why are they like this? Is it racism? Yes, it is racism. Is it xenophobia? Yes, it is xenophobia. It's all of the things. It's also just straight up insecurity about losing their place in America's social hierarchy, despite the fact that they see that hierarchy as a social good.

It is also possible that they are just real mad that they are not talented enough to be singers or movie stars or perform in comedy shows. I am, in fact, quite convinced that this is a part of it. As if it is somehow our fault that they were unable to pick themselves up by their tap shoe straps, or that they failed their American Idol auditions.

It's also not our fault that teachers tend to be liberal. After all, conservatives are the ones that believe that Liberal Arts education is useless and possibly evil -- but what the hell else are you going to teach seven-year-olds? They are learning phonics, not business management and gun repair. And, for the record, I am pretty certain that there are not "Donald Trump Is Literally Hitler" classes in elementary school. That's not a thing. But the NRA would very much like you to think that it is.

Basically, the whole point of this ad is to create some scary dystopian world (though not scarier than our actual scary dystopian world) in which nice, law-abiding, talent-free Republicans are being violently attacked in every possible way by cruel Liberals who uh, don't like Donald Trump and think people other than just Heterosexual White Christian Men should have rights and stuff. We are attacking their very way of life, and that way of life is that they get to be better than everyone else, and we are supposed to shut up about it and just let it be. Under threat of gunfire.

Why are they doing this? Is it because it's what they truly believe? Maybe. But I've got a feeling it's more so that the people they are targeting buy guns and join the NRA, and pay NRA membership fees, so that the NRA will protect them from our comedy shows or whatever.

It's like Jim Bakker trying to sell his survivalist food buckets. "OH MAN, THE WORLD IS GONNA END SOON, BETTER BUY MY BUCKETS!" More money for Jim Bakker, more money for the NRA. Follow the money, always and forever.

The end is nigh! Give us money! Click below to do that!