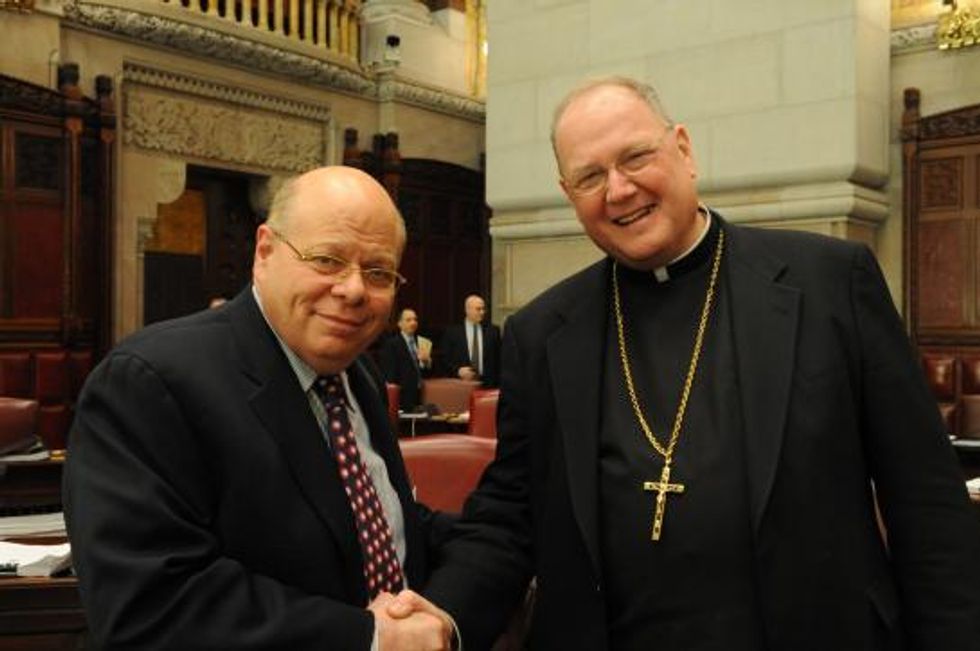 New York state Senator Carl Kruger is one of the four notorious Democrats who killed David Patterson's push to legalize gay marriage in the state last year. So it should come as no surprise that he isutterly corrupt and lives with his gay lover and his gay lover's mother. According to the charges against him, Kruger accepted hundreds of thousands of dollars in bribes in exchange for support in the legislature, and his lover Michael Turano set up fake companies to accept the money. It's still unclear why a gay man like Kruger whose party even supported gay marriage saw the need to kill it with the help of a few friends, unless he was just trying to be the worst state senator humanly possible.

A big chunk of that illicit cash came from well-known New York lobbyist Richard Lipsky -- who in return got Kruger to sponsor bills, lobby other elected officials and direct state money to projects that benefited Lipsky's clients, prosecutors said. [...]

The criminal complaint revealed that on Monday, FBI agents raided Lipsky's Upper West Side residence, where they found $102,000 in cash from a safe in a closet and $4,000 "in crisp, large denominational bills from the pocket of a suit belonging to Lipsky."

When New York finally legalizes gay marriage, they should make an exception for this guy. He doesn't deserve gay rights, but then again, he will be locked up in prison anyway.

We repeat, this closested gay-hating crook is not a Republican. [NYP via Gawker]