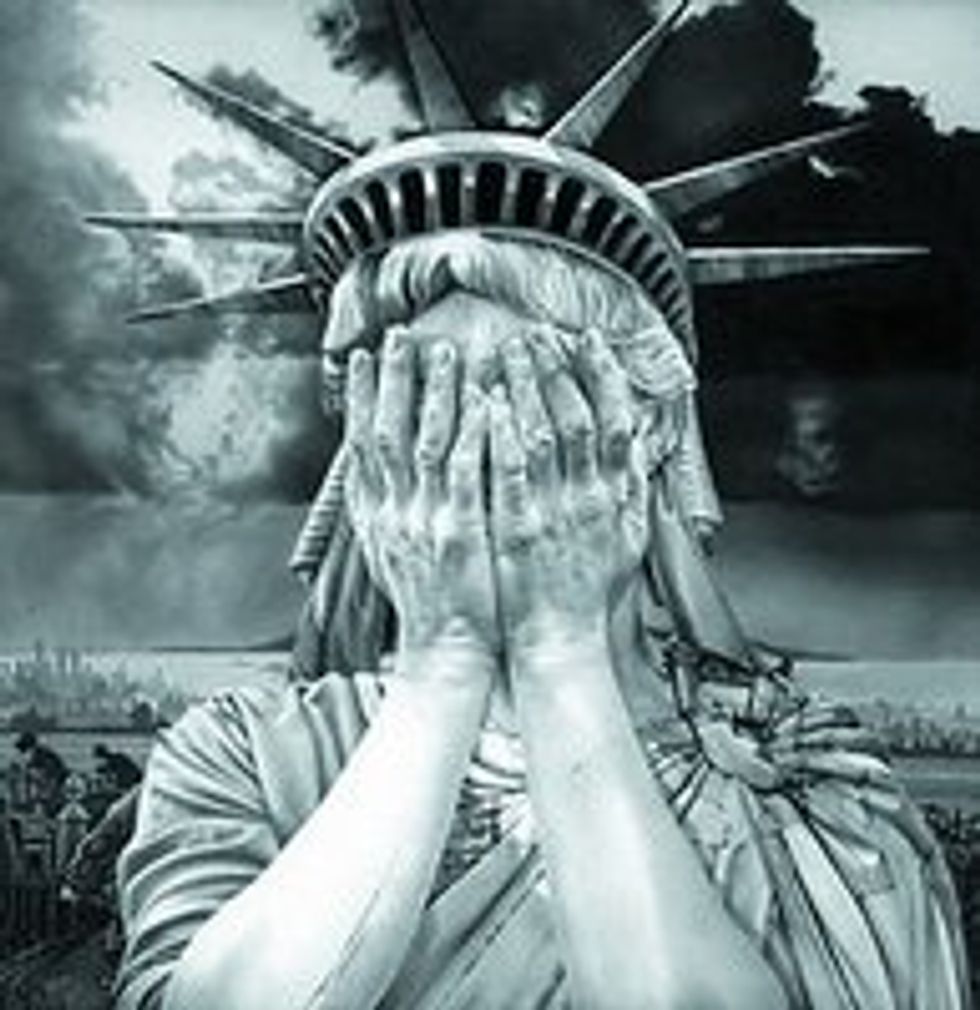 New York was TERRORIZED this morning by, guess who, Barack Obama and his Air Force One. People are still a little jumpy after that whole 9/11 thing, so when a huge passenger jet seemed to be headed for Lower Manhattan, and then for the Statue of Liberty, there was some freaking out. Why is Obama doing this to New York City? Seems he wanted a "cool picture" of his plane dive-bombing Lady Liberty!

Reuters reports from the terror scene:

Obama was not on board.

Of course he wasn't. He was in his cave, plotting new attacks.

Uhh, you guys ever hear of Photoshop?