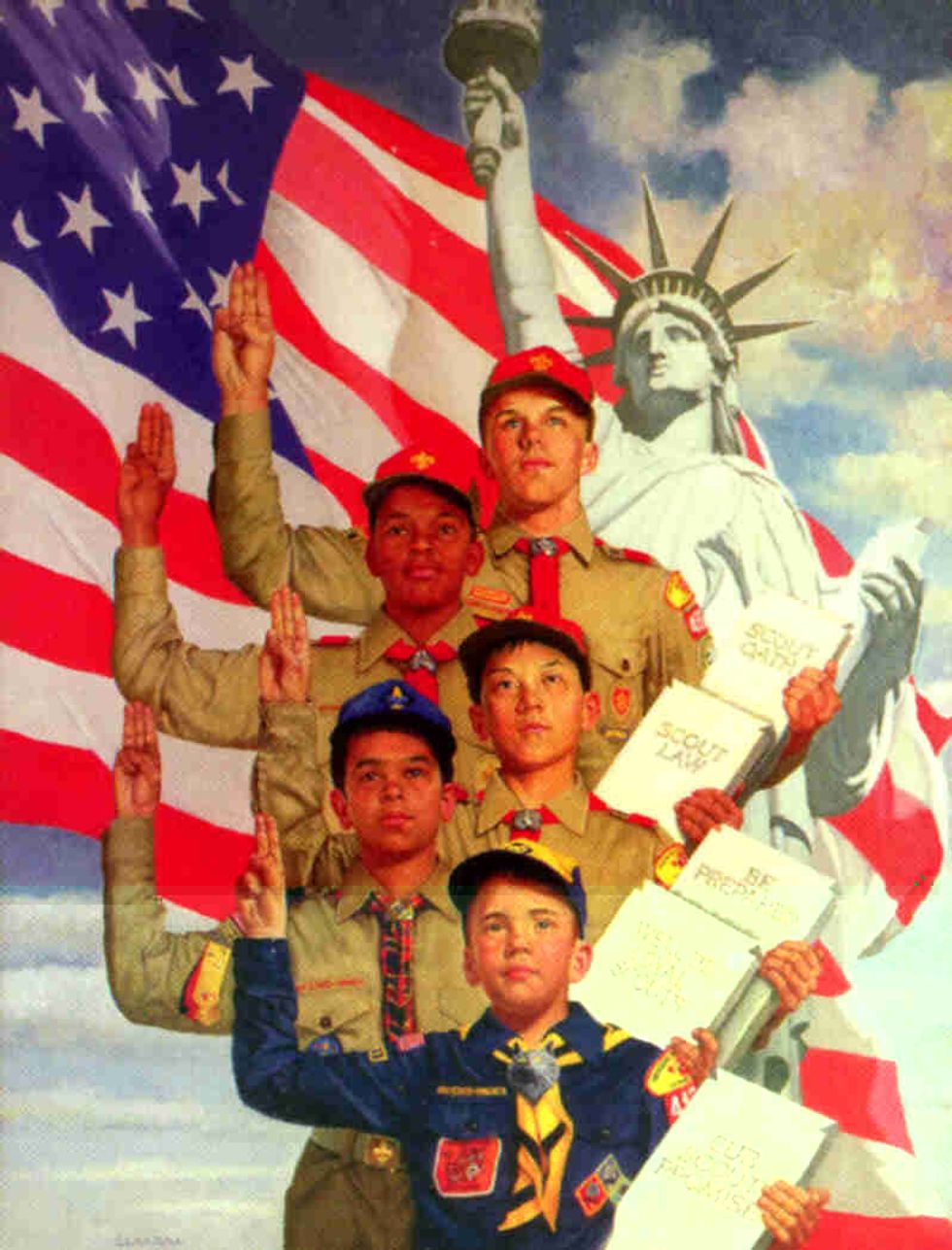 President Barack Obama will do just about anything to avoid his most important duties in office, which involve,as Chuck Norris pointed out, doing Boy Scout stuff. The latest chapter in Obama's conspiracy against America's boy industry is that he's now blaming his absence at this year's Jamboree on a scheduling conflict: He is taping The View on Wednesday. Why does Obama continue to disrespect our brave children in uniform?

Housewives can vote, you see, whereas Boy Scouts cannot -- even though these costumed boy-children must collect the Democracy Badge, the Electioneering Badge, the First-Past-the-Post Badge, the Gerrymandering Badge, the Proportional Representation Badge, the Instant-Runoff-Voting Badge, the Shooing Away Black Panthers Badge and the Nixon Honor Badge to become an Eagle Scout.

Thus, the leader of the free world will chat with a handful of quasi-celebrities about lady stuff (like their periods, probably), instead of doing his real job, which is hanging out with eight-year-olds and teaching them how to build a campfire.