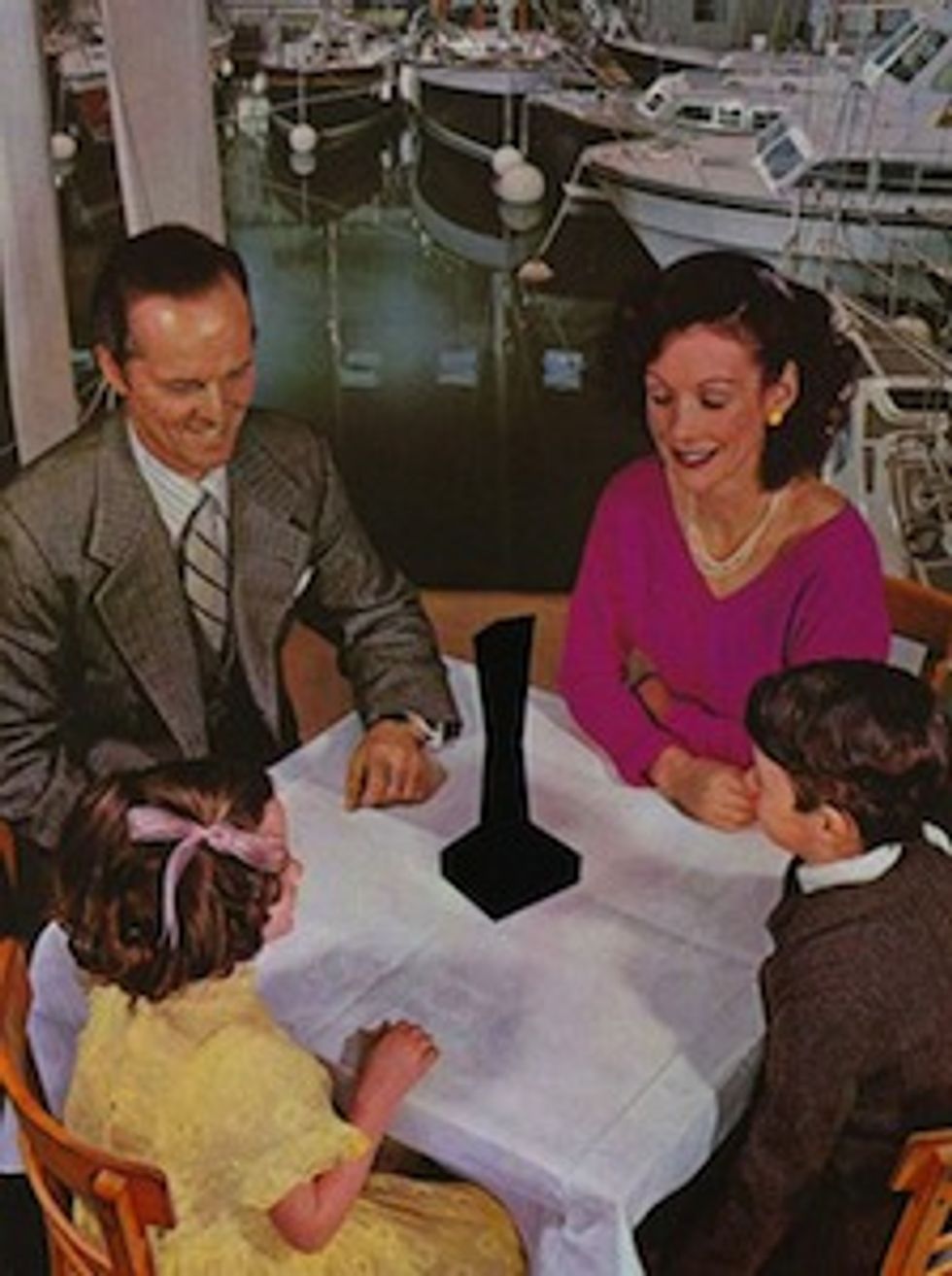 Citing a pressing need to legally redefine Americans as "consumers" before they get any other big ideas, President Obama today appointed his choice to lead the new Consumer Financial Protection Bureau. The appointment bypassed the Senate, because the Republican minority there won't allow anything but tax cuts for the rich and new War Contracts. The Senate has not officially adjourned since last year, because the GOP won't allow that, either. So the procedural fake outrage today is about the president's authority to make recess appointments, even though Obama is appointing someone with "bipartisan support" who has been waiting for a year to go to work. What that work will entail, however, is the formal conversion of U.S. citizens to "consumers." Considering how quickly the rights of human citizens are being signed away by this president, perhaps it is a good thing that the American people are getting a new designation!

President Obama on Wednesday installed his pick to head a consumer watchdog agency on Wednesday, defiantly using his executive authority to bypass GOP lawmakers who had rejected the nomination last month.

Obama cast the move to allow Richard Cordray to begin work as director of the Consumer Financial Protection Bureau as a way to protect the interests of middle-class Americans who suffered during the abuses in the financial system that led to the Great Recession of the past few years.

Poor Americans will continue to be savagely abused by the nation's intentionally cruel society, while the richest Americans will continue to live in their own separate world, with separate sentencing laws and private jetways with no TSA gropers and basically the right to do anything they can buy their way out of. The shrinking middle class needs to be convinced that there's a point to all of this -- other than banal hassles and meaningless toil and a death prolonged by for-profit hospitals, insurers and the medical/pharmaceutical industry -- and Obama's recess appointment today is intended to show these depressed, overworked people that he cares about their Sisyphean plight.

"I will not stand by while a minority in the Senate puts party ideology ahead of the people they were elected to serve," Obama said in a speech announcing his appointment. "Not when so much is at stake. Not at this make-or-break moment for the middle class."

He did not explicitly mention the overwhelming fear in the White House that the middle class has begun to feel affinity for the working class and the downtrodden, and that these 300 million Americans could easily overpower all the police, private security forces and military personnel combined, most likely with minimal casualties as the shaken soldiers and cops realize what side they naturally fall upon. But there was little doubt, in the fourth year of the financial collapse, that the "make-or-break moment" is less about the middle class than the continued amoral plunder and exploitation of the Earth and humanity.

“I am now the director and my work will be to protect American consumers,” Cordray said at the airport in Cleveland, where he was accompanying the president to a speech on the economy. “I’m going to be 100 percent focused on that.”

It was a transparent attempt to separate former Ohio attorney general Cordray's new federal agency from the 1% which created it. The Consumer Financial Protection Bureau is a creation of the Dodd-Frank financial reform bill, which has sought to put a few band-aids on the hemorrhaging, beaten-to-pulp 99% -- while doing almost nothing to endanger the wild gambling and ill-gotten gains of the financial elite firmly in control of both houses of Congress, the White House and especially the military/industrial empire policed by the CIA, NSA, State Department and Pentagon.

Obama made clear that this executive action to officially turn citizens into consumers should not be mistaken for any kind of Ralph Nader-style interest in actually protecting people from the deadly, life-ruining manufactured bullshit they "consume" in lieu of leading meaningful lives built upon family, community, creativity, spirituality and rewarding work. The president refused to appoint establishment liberal Elizabeth Warren to the position a year ago, fearing that her patrician concern for working people would make Wall Street uncomfortable.

Obama nominated Cordray to lead the bureau in July, bypassing Harvard professor Elizabeth Warren, who faced fierce opposition from Republicans concerned by her strong views on the behavior of financial firms. Warren had spent about a year setting up the bureau as interim chief.

Hahahahah, "moderate Supreme Court justices." Anthony Kennedy voted with William Rehnquist 92% of the time, and has been reliably pro-corporate, anti-labor and anti-environment, and "has reliably issued conservative rulings during most of his tenure." You've got a friend in Cordray, consumers! Enjoy your new designation, and remember to do your part to continue propping up capitalism and empire for the sake of a few hundred billionaires, while the Earth dies. [Bloomberg/Washington Post/USA Today]