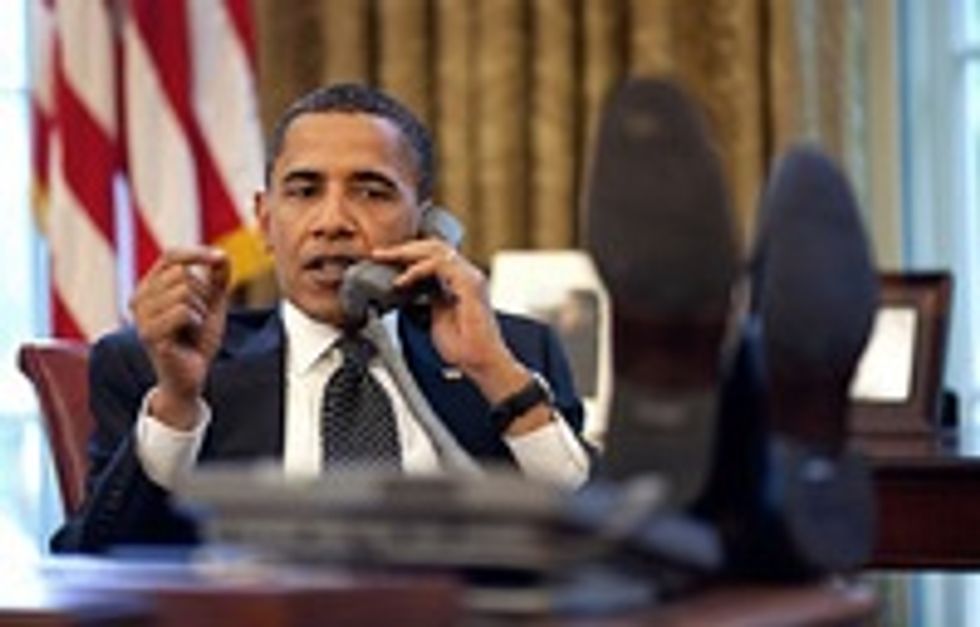 President Obama, the consummate host and entertainer, loves to have guests at his fancy DC mansion. But who are these guests, and why do they visit? Are they there for, like,orgies, or to lobby him on "clean coal" technology? A LADY NEVER TELLS.

The good-government watchdog group Citizens for Responsibility and Ethics in Washington (CREW) is suing the government to get the White House visitors' log released. If this sounds like familiar news, it's because CREW was always after the Bush Administration to release its White House visitors' log. Which of course they never did, and then candidate Barack Obama took them to task for being so nontransparent. And he was elected because he promised to run the most honest and open government in the history of the planet!

But now he doesn't want anyone to know about his late-night gabfests with Bootsy Collins and Osama so he is hedging, dickishly. Let's hope CREW wins this one.