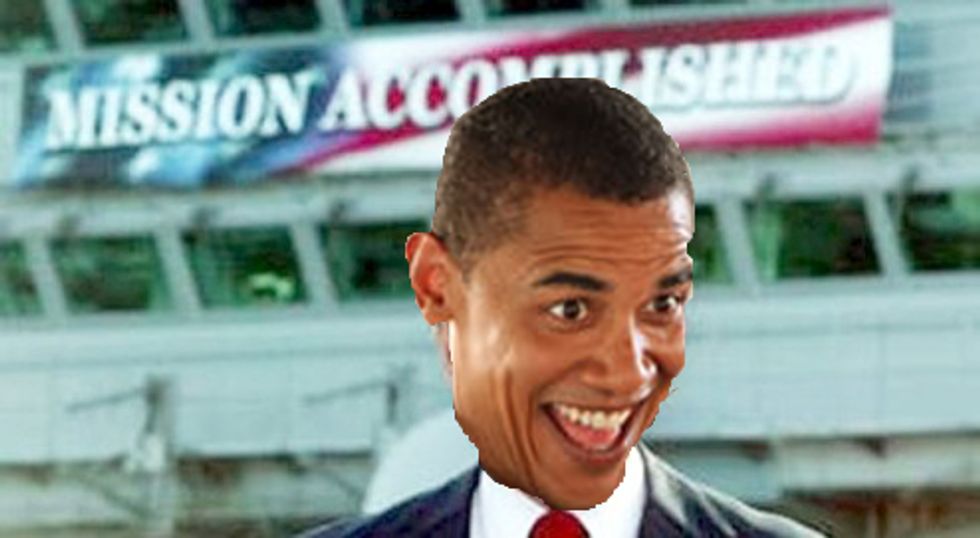 Do you remember the Great Deficit Panic of 2011? How Obamacare and The Stimulus and the GM Bailout were going to bankrupt the country? How our children were going to be left roaming the streets, forced to dumpster-dive for scraps because of oppressive socialist taxes? How we had The Sequester? How the Very Serious People decided Obama needed to Show Leadership, and how the president was willing to gut Social Security to appease the Ron Fucking Fourniers of the Beltway? How this mercifully fell apart because the Republicans weren’t willing to tax the Rich even if Obama ratfucked the Olds? How we had a Deficit Commission that was supposed to reach a Grand Bargain but could not because the Republicans were like we will only give you a Grand Bargain if you do everything we say, otherwise fuck this shit? And how none of this could possibly be George W. Bush’s fault, even though he dropped a $1.4 million deficit turd on Obummer’s desk on his way out of the Oval?

Weird how we’re not hearing so much of that anymore.

The U.S. budget deficit for the current fiscal year is estimated to fall to its lowest level during President Barack Obama's presidency.

In a new budget and economic outlook released Monday, the Congressional Budget Office projected that the deficit for fiscal year 2015 would come in at $468 billion, down from $483 billion in fiscal year 2014.

It’s amazing what having an ass-kicking economy will do:

According to [the CBO], the economy will expand at a solid pace in 2015 and for the next few years — to the point that the gap between the nation’s output and its potential (that is, maximum sustainable) output will be essentially eliminated by the end of 2017. […] CBO estimates that the deficit for this fiscal year will amount to $468 billion, slightly less than the deficit in 2014. At 2.6 percent of GDP, this year’s deficit is projected to be the smallest relative to the nation’s output since 2007 but close to the 2.7 percent that deficits have averaged over the past 50 years.

In other words, we are basically back to normal, AND we have getting-closer-to-universal health insurance, AND we didn’t let the financial system collapse and completely devolve into The Hunger Games.

That’s not to say everything is totally hunky-dory. In 2018, as more and more baby boomers retire and insist on living to ripe old ages and collecting their monthly government checks, and as health care spending inevitably rises once again, the deficit will start to tick up. By 2025, the CBO projects that the deficit will again be north of $1 trillion, or about 4 percent of GDP, which isn’t great.

So, at least you have the Great Deficit Panic of 2025 to look forward to.