Obama Is Losing His Muslin Base 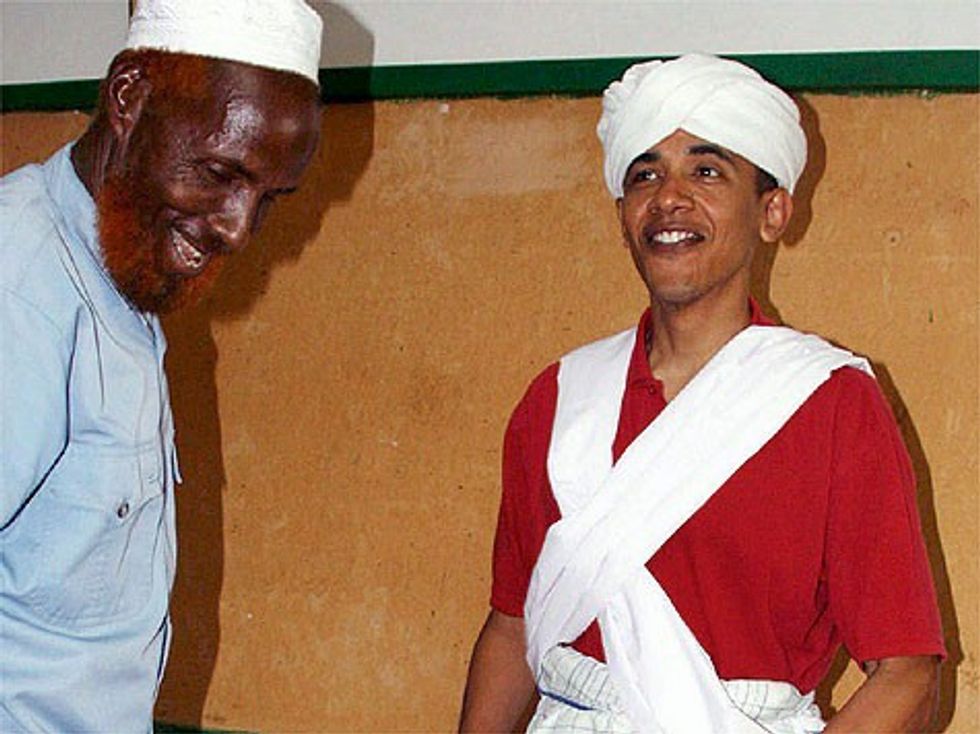 It was bad enough losing the pundits, but it appears President Obama is losing footing among his own people, the Muslims. While Obama continues to be loved by gay godless Europeans, polls show a majority of people in Muslim countries have a negative opinion of our keffiyehed leader. These Mohammedans believe the U.S. "could pose a military threat to their country some day," despite the fact that Obama has yet to destroy the country he hates most, America. But of course such foreigners are shifty and likely lied to pollsters, knowing the wars in Afghanistan and Iraq are just a ruse to secretly raise Muslin armies to come over here and re-establish the American caliphate. [BBC]
Jack Stuef