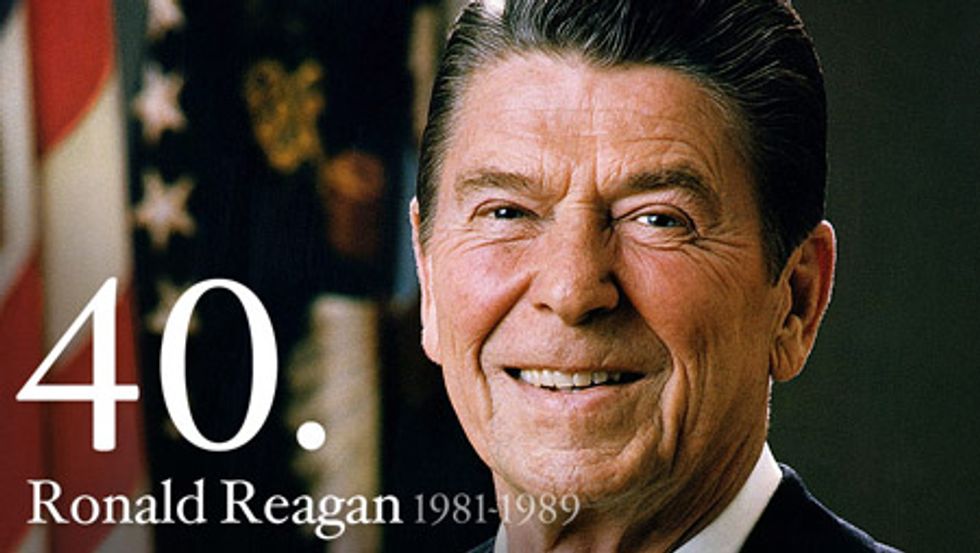 We at Your Wonkette found it kind of tacky and ridiculous when we readeverywhere that some tone-deaf deciderer on Obama's communications staff had decidered to update each former president's biography with references to Bamz himself. A little hubristic, fellows, no? But that was before we saw that this included even St. Ronald Reagan! And oh, everyone is just spitting mad! What is in Reagan's White House bio now? Simply that he joins Obama from beyond the grave in calling for the Buffett Rule. FUCK YEAH GHOST RONALD REAGAN! All is forgiven, Obama communications staff. Have fun trolling all the Breitards!

Take it away, White House:

In a June 28, 1985 speech Reagan called for a fairer tax code, one where a multi-millionaire did not have a lower tax rate than his secretary. Today, President Obama is calling for the same with the Buffett Rule.

And did you know, Dick Cheney voted against Martin Luther King Jr. Day when he was in Congress, because he is a dick? Hugging and learning!