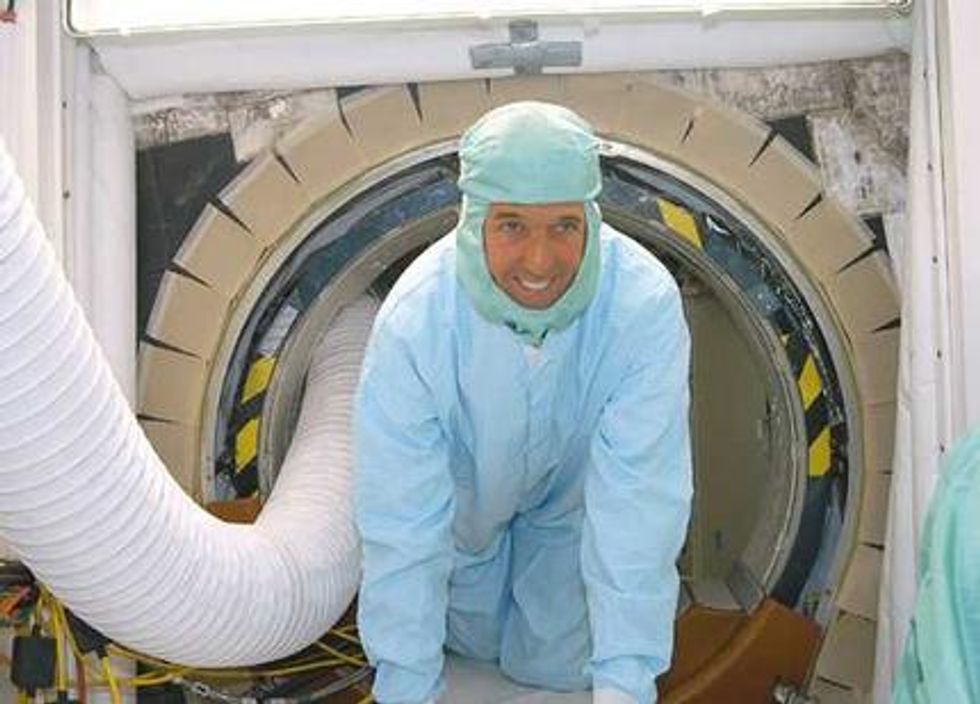 The story so far:Barack Obama said: "I am terrible at foreign policy, therefore I will say a bunch of stuff I only half-mean, such as that there's a red line, and that I'm going to bomb everybody, but it will be obvious I don't want to, and everyone will think I'm a moron." Then John Kerry said: "I am even worse at foreign policy than the president and I can say definitively that what is about to happen will never happen." (KERRY: "[Assad] could turn over every single bit of his chemical weapons to the international community in the next week ... He isn't about to do it, and it can't be done, obviously.") Then -- HUH!? -- Syria said: "Here, actually you can have all our chemical weapons that we did not use and would never use, we are pretty good at murdering people without them after all." Then Russia said: "We are relevant again!" Then John McCain said: "I would still like to bomb somebody, please."

In other, less infantile words, we have just learned that it's possible to be outwardly terrible at foreign policy, yet still achieve a result better than most anyone thought possible. Sure, some people think this was Obama's plan all along: talk tough on Syria while avoiding an actual attack by making a sort of sleepy, detached case for action, asking a pathologically reticent Congress for permission, etc. But no, that's not what happened, because it's not in Obama's interest to look like a powerless idiot, which he now does.

It's much more likely that Obama trapped himself by subordinating foreign policy to domestic politics. Taking him at his word, Obama very much wants to make an example of Assad and "hit" his regime for using chemical weapons. And he thought Americans would be like "Yeah, you do foreign policy good, go right ahead!" But... they did not say that. They said "Syria is Iraq and Afghanistan because we are not good at thinking without the help of clumsy analogies, and also aren't you supposed to be a Democrat?" So, remembering his Democrat roots, Obama began waffling. You know the rest: Our Syria attack would be devastating and also unbelievably small; Obama doesn't think he needs Congress's approval for a strike but he'll ask for it anyway; Kerry won't rule out boots on the ground, and there will definitely be no boots on the ground; we're doing this to protect Syrian civilians; no, we're doing it to send a message; no, it's in our national interest.

Yet, somehow, it's all working out. Perhaps spurred by America's weirdly stated threats and Russia's desire to look important, Syria appears ready to give up their chemical weapons. And even if they hold onto a few in secret, they're in a similar position to Iraq before the second Gulf War: facing strong disincentives to use chemical weapons again, because they know a lot of folks are just itching to explode stuff on them. Hey, whaddaya know, John McCain is good for something after all!