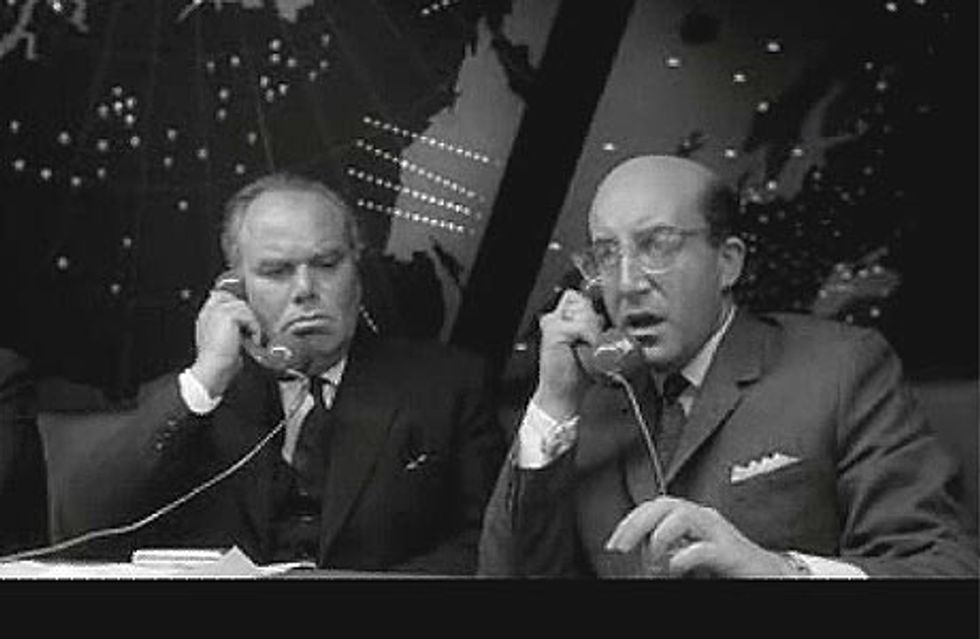 Over Easter weekend while the rest of America was busy gaining 10 pounds eating ham and Peeps, President Obama occupied himself authorizing military action that left three Somali pirates dead and one kidnapped American captain alive. This feat of daring means that nobody can call Obama a pussy anymore.

A dumb liberal bleeding heart like Bill Clinton would have done the same thing as Obama, but somehow the Somalis would have been able to conquer an entire fleet of naval destroyers and murder a dozen Navy Seals, making Clinton look like an asshole.

And a wretched brainless warmonger like George W. Bush would have ordered the Navy to nuke the 18-foot lifeboat where the American captain was being held, just to show the pirates he was crazier than they were.

In sum, only a President Obama could have told the military to just make sure the captain didn't die, and shoot if they had to. And in so doing, he has effectively ended all wars and conflicts around the world, because really who wants to mess with the US military when they don't have a complete dingus as Commander in Chief anymore?