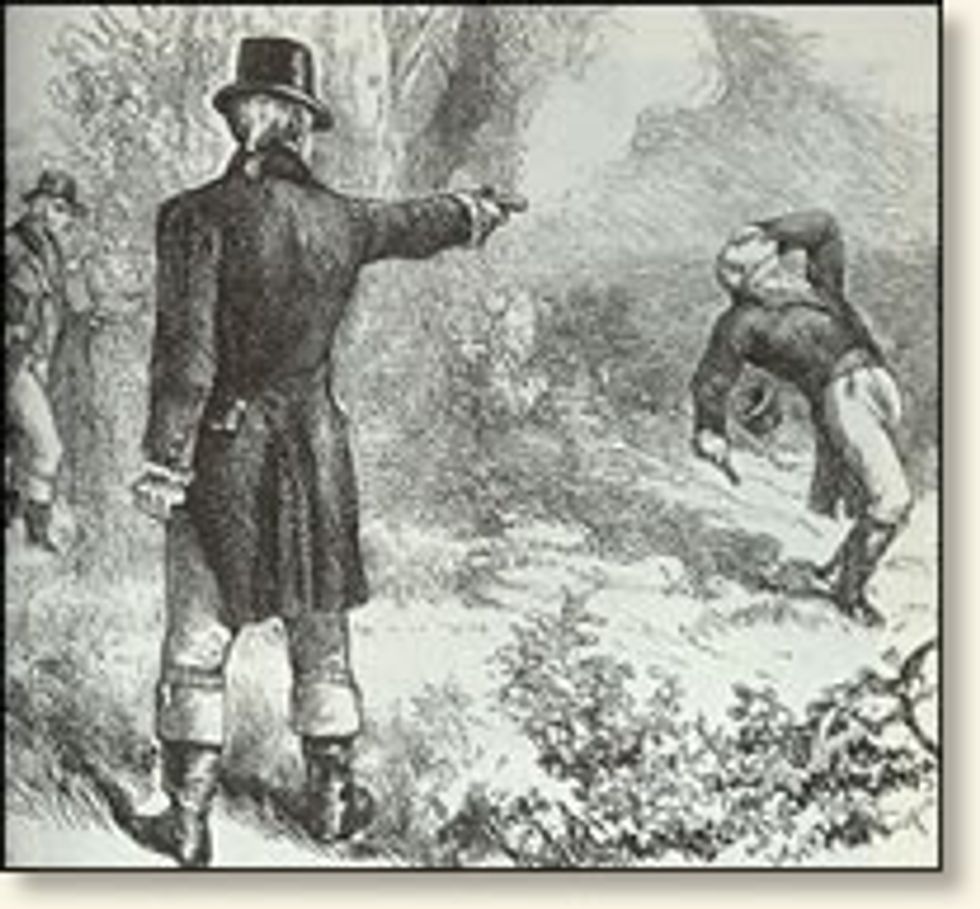 Friday'ssad news pushed an otherwise explosive story off the front page: the tragic end to the tale of John McCain, valiant space-bomber, challenging Barack Obama to a grueling series of verbal fisticuffs. Obama produced a less than satisfactory counteroffer: two debates, at midnight, in an underground bunker, with no cameras, before a select audience of deaf Wookiees.

McCain's goal, obviously, was to garner some free publicity for an impoverished campaign whose candidate literally lives on a bus. But Barack Obama, correctly reading the mood of a nation that was nearly rent asunder by 26 Democratic debates, wanted no debatin' with John S. McCain. And so he proposed a debate on July 4 weekend, which nobody would watch because people are too busy watching things explode while savoring the taste of their beef-frank belches. He also proposed a debate about foreign policy, which would just bum everybody out.

John McCain will now tour the country debating YouTube clips of himself.