Obama To Call For Budget Freeze, End To Earmarks In Boring Speech 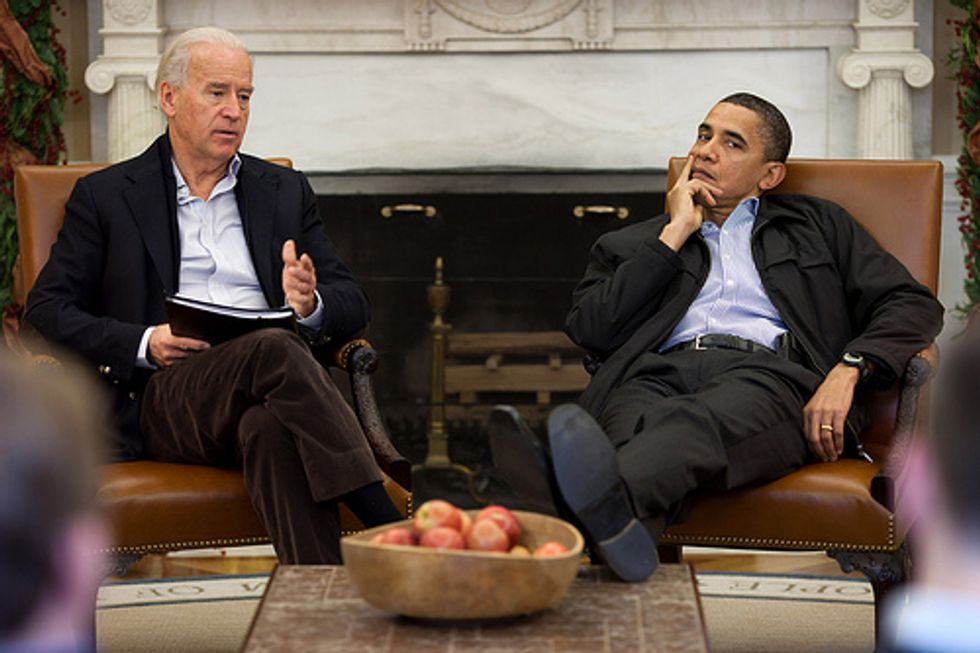 What will be overshadowed by the soaring rhetoric in tonight's State of the Union speech? Nothing too interesting. Obama will be calling for a freeze on spending for five years and a ban on earmarks. In other words, the only things Republicans seem to care about passing these days, besides that single pointless bill against health care (DONE!). Last year, Obama promised the same freeze, but that one was for three years. (It didn't happen. Surprise! But maybe it will happen now, if people remember that our country has no economy.) He's basically just giving up on policy and shifting back to the campaign mode people love, the Obama who said a bunch of really great-sounding stuff that didn't mean much in terms of actual governance of the country.

The president will propose some new spending in certain areas that address the speech’s theme of “How We Win the Future”: innovation, education and infrastructure. But those increases will be proposed within the context of a proposed partial budget freeze.

Huh? Oh, he means none of those things won't happen. Gotcha.

It will probably sound nice, this speech. It will impress those old people at the Iowa Caucuses, at least. [ABC News]