Obama To Let Terrorists Drive Cars Into YOUR House 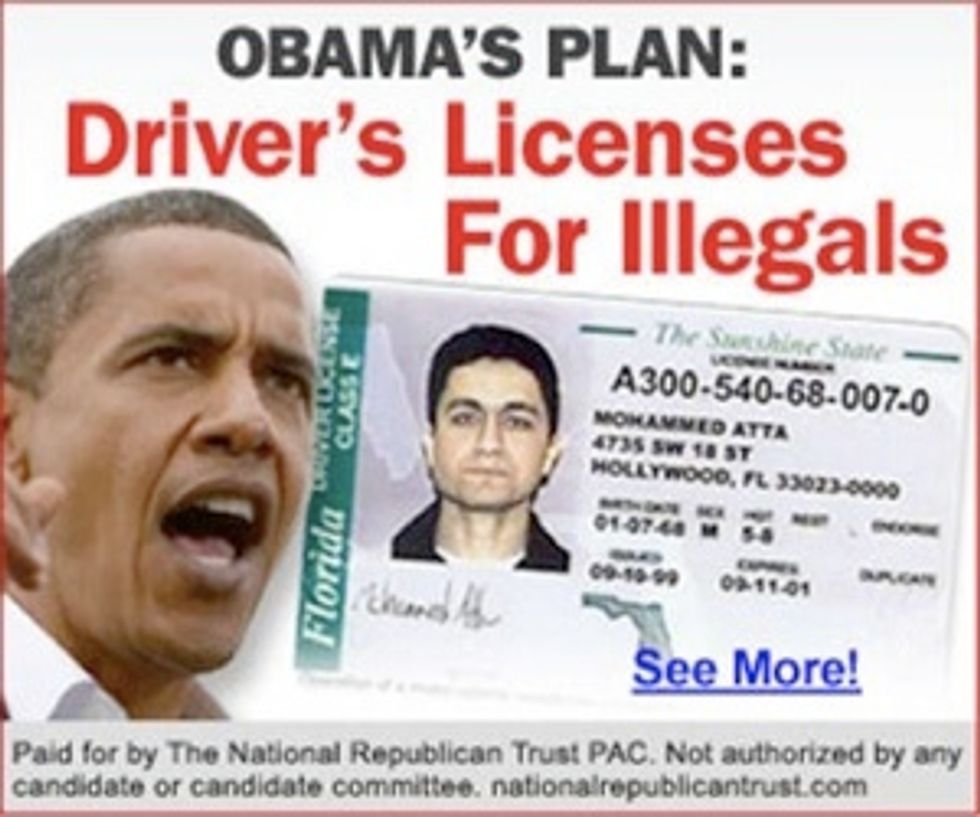 A couple of readers have sent us this hysterical Republican PAC ad spotted on the Drudge Report, which depicts some angry black guy trying to give a 9/11 terrorist as many drivers licenses as he and his illegal Mexican Muslim friends want. ... Oh now heavens to Betsy, wait a sec, that angry black guy is whosisbutt, Barkbama, the Democratic nominee for president! Now why would a presidential nominee and purportedly "pro-American" statesman "associate" with a known terrorist in an advertising campaign? An extra buck, eh? Shameless.